Now the final National Planning Policy Framework has been unveiled, how do construction professionals rate it? 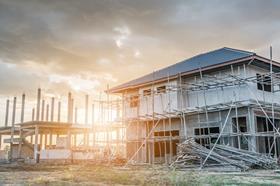 The latest NPPF sets out the rules which local authorities must abide by when considering housing developments on their patch and follows a lengthy consultation kick-started by the prime minister earlier this year which saw more than 29,000 responses submitted from local government officials, developers and members of the public.

In the words of housing secretary James Brokenshire the new rules will focus on promoting high quality design of new homes and places, stronger protection for the environment, building the right number of homes in the right places and greater responsibility and accountability for housing delivery from councils and developers.

So what did the industry make of the 73-page document?

Inevitably much of the focus of the framework centred on housing, to the disappointment of Mark Sitch, senior partner at design consultancy – and commercial and retail specialist – Barton Willmore. Sitch suggested the latest document differed little from a draft version published in March. Noting the “substantial feedback from local authorities, interested parties [and] developers”, he said he had expected to see some of their suggestions translated into the final revised NPPF. “However there are no big surprises and no real changes. The focus remains on housing. Overall, there is less, not more, for those looking to deliver employment floorspace. This may be a critical oversight as we all move towards a post-Brexit economy.”

Overall, there is less, not more, for those looking to deliver employment floorspace. This may be a critical oversight as we all move towards a post-Brexit economy

The British Property Federation weighed into this area too. Ian Fletcher, the BPF’s director of real estate policy, said the NPFF was right to embrace the delivery of multi-tenure and better quality housing but he warned the government must not neglect industrial development in favour of building homes.

“While the pressure is on many local authorities to increase their housing figures, a balanced approach to planning is imperative,” he said. “Local authorities must recognise the vital role that the industrial and logistics sectors play in creating jobs within the community, and in supporting businesses’ aspirations for growth and ability to deliver products to consumers more quickly.”

Certainty was a key theme for the RICS, and the institution’s associate director Tony Mulhall said the NPPF offered greater clarity on the planning process, identifying and settling development outcomes early on.

“This signals a shift to a more prescriptive planning system in the UK with the government putting much more of an emphasis on local authorities pre-empting factors that could affect viability of sites, thereby reducing the need for wrangling at applications and appeals stages. The challenge will be for local authorities to accurately capture at broad plan levels, the complexities and distinctive characteristics of individual sites.”

The emphasis on local authorities informed much of the NPPF’s thinking and the BPF’s Fletcher was not alone in supporting the housing delivery test, which he said would “provide a consistent measure against which different local authorities’ performances can be compared”.

Richard Upton, deputy chief executive of regeneration specialist U+I, said it was important to recognise that the NPPF was simply a framework. “It doesn’t dictate the spirit with which councils, developers and communities engage, which is the key to unlocking housing supply in this country.

“If developers engage in good faith with local councils, and importantly, with the communities they serve, then we can really set about delivering the homes and neighbourhoods our country is crying out for.”

However Upton also warned that while on balance positive, measures in the NPPF “do seem to increase the burden on our counterparts in local government at a time when they are already struggling to keep up with demand. Finding a better way to resource planning departments would be a very welcome addition to these proposals.”

RICS’ Mulhall agreed: “The lack of skills in local authority planning departments have plagued attempts to effectively use the planning system for some time now. The government must recognise that to be this ambitious and bold in the planning stage and achieve value down the line, it must find ways to properly resource planning authorities.”

And while Yann Leclercq, planning and urban design associate at consultancy Dar, agreed that large-scale new developments were a means to solve the housing crisis, “we will miss opportunities if we become too preoccupied with Garden City principles as a preferred model. If we want to maximise the benefits of existing infrastructure, then there should be equal support for developments of greater density, which make more efficient use of land.”

Conversely RIBA president Ben Derbyshire said he was pleased to see commitments to both the Climate Change Act and Garden City principles in the framework and he welcomed the government’s recognition of the importance of quality design. However he urged ministers to take further action on how to design high density homes that are desirable. “This includes urging the government to give planners the resources, tools and power to raise the bar of quality design in the system.”

Others wanted to raise the bar elsewhere. James Prestwich, head of policy at the National Housing Federation, was glad to see the government re-introducing social rented homes to its definition of affordable housing. “We know that we need to be building at least 90,000 social rented homes every year to meet demand, following eight years of sharp government cuts and we welcome concrete proposals from the government that help to redress this longstanding underinvestment.

The government needs to focus its support and investment in social housing. This is where it is needed most.

But he warned the government’s description of other types of housing as ‘affordable’, such as starter homes could be misleading. “These are unlikely to be of any help to struggling renters or homeless families. The government needs to focus its support and investment in social housing. This is where it is needed most.”