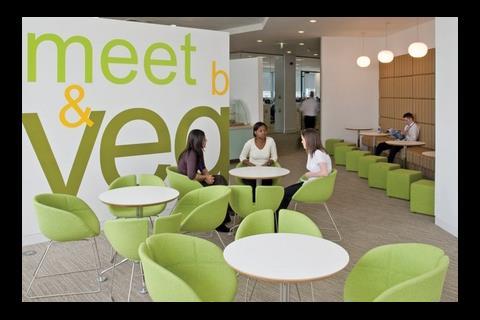 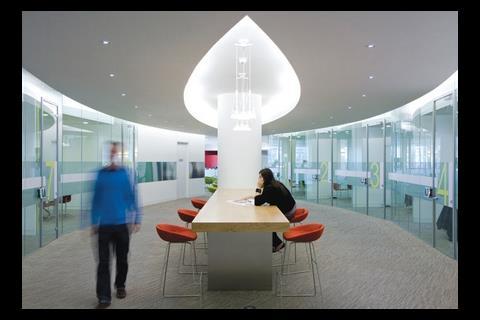 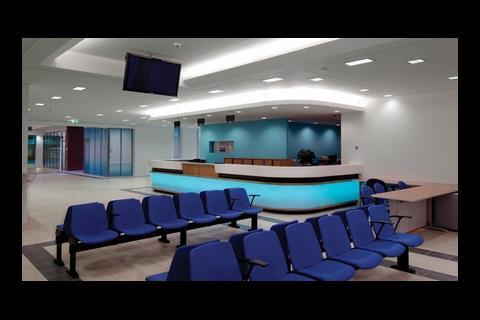 With the commercial world in turmoil, the public sector is drawing more and more attention – just as well then, that these days it can match private facilities for design flare and value.

There was once a time when you could identify a public sector office just by looking at it. Those days are now gone, says Overbury managing director Chris Booth – swept away by huge changes to the nature of people’s workplaces.

“Now they are as sophisticated as commercial facilities,” he says, adding that central government and local authority clients are no longer looking for just the cheapest solution, but for value for money as well.

He should know – public sector offices now make up 30% of Overbury’s turnover compared with just 5% 10 years ago. Clients include the Department for Work and Pensions, Defra and the International Maritime Organisation.

In that time, many local authorities have followed the private sector in embracing new ways of working and realising the important role that the workplace can play in attracting and retaining staff. And as sustainability moves up corporate and government agendas, public sector clients are seeing the value – both environmentally and politically – of looking at lifetime costs rather than lowest price alone.

All this has been helping to raise standards over the last four or five years, according to David Mathieson, director of construction management consultancy Turner & Townsend. He specialises in the public sector and worked with Overbury on the recent IMO fit-out. “There’s a recognition that you have to spend to achieve longer-term efficiencies,” he says. “There tends to be a right price for a project and clients are more sophisticated in understanding it, and thinking quite carefully about what best value means for them.”

Network Rail’s new Manchester offices, designed by BDGworkfutures and fitted out by Overbury, demonstrate the improved standards in the design of non-commercial offices. The 100,000ft2 offices are arranged over four floors within Square One, a former post office building, and have lofty 3.6m floor-to-ceiling heights. It won its regional category at this year’s British Council for Offices Awards.

Network Rail had previously operated out of several offices, all with narrow floor plates which summed up many of the more negative historic traits of public sector premises. “It was a hugely inefficient environment to work in,” says BDGworkfutures director Clive Hall. “There were extremely old services – it was too hot in summer, too cold in winter. They needed to update both their equipment and their space.”

The aim was to create an environment that the highly disparate staff could take pride in. “The challenge at Network Rail was to attract high-level, high-calibre staff into the industry. To do that you need parity with the commercial sector,” says Hall.

It helped that the client, as is increasingly the case in this sector, was keen to invest in its workplace, according to Layne Mercer, of GVA Grimley, who was in charge of project management and quantity surveying at Square One. “We’ve certainly seen a willingness to invest further, and more of an understanding in the benefits this can have on staff morale and retention, and attracting them in the first place,” he says, citing the commitment at Network Rail to the stand-out feature of the scheme, the “rugby ball” at the heart of the floor plan.

This elliptical area is positioned at the centre of the floor plate and provides glazed meeting rooms, space for large staff meetings, storage, break-out facilities and a very long table. The main areas of desking – supplied by Vitra – are positioned around the perimeter of the floors. The rugby ball is clad in oak to soften the aesthetic, something that was achieved despite considerable logistical difficulties.

“I won’t say it was an easy ride, but it’s certainly popular now,” says Mercer. “It’s easy to make a pretty building but not so easy to make one that works well.” For this, good communication is vital.

No more ‘them and us’

“One of the key things for us is quality,” says Hall, “and for that you need to work quite closely with the contractor – you’re all part of a team delivering one project.”

He adds that in the past there was more of a “them-and-us’’ relationship between contractors and designers. “With Overbury we had co-ordination meetings and went through every element prior to construction. We understand them and they understand us, and that’s very important.”

Although there are fewer differences in standards of spec between private and public sectors nowadays, working for local authorities still brings particular challenges not found in commercial projects. This was the case at the London Borough of Hounslow’s offices, where a £2.5m overhaul of reception facilities by Overbury replaced the numerous service-specific reception areas with a single one-stop-shop facility. This was the biggest change to the civic suite since it was built in the 1970s.

“The building was very uninviting and dark,” says Bob Seera, head of project co-ordination at Hounslow. “The reception desks were located towards the centre but weren’t clearly visible and weren’t compliant with disabled access.”

The project raised issues of security, durability and staff-customer contact. Before the redesign, staff were separated from clients by security screens, but at busy times the queues were sometimes so long that they obstructed the route staff took to the canteen. There was also the challenge of dealing with so many different customers – from a developer visiting the planning department to a newly homeless person arriving with bin bags of possessions.

The resulting design, by EPR Architects, centralised the waiting area, which brought immediate security benefits. It also recognised that while some customers wouldn’t need seating because their enquiries were brief, ample seating was needed for others, as well as separate meeting rooms for more private consultations. Bullet-proofed security screens were removed, with desks made deeper to provide a buffer area. Any fears that this design approach would endanger staff safety have proved unfounded – since the project was completed in 2006, the council reports a decline in violent incidents.

The need to keep the services operating throughout the refurbishment was a challenge to Overbury. According to the project team at the London Borough of Hounslow, any inconvenience was reduced through excellent communication between the project team and the contractor. Overbury mocked up a sample of the new environment to facilitate staff consultation, and adjustments were made to accommodate concerns. During construction itself, dialogue was also important. “There was constant communication between Overbury and us, with them [for example] saying today would be quite a rough day for noise so that we could tell staff and expectations could be managed,” says Jas Purewal, business adviser to the chief executive.

The client particularly appreciated Overbury raising concerns about details and suggesting alternatives during the consultation, rather than just building what was planned. “We were part of the delivery team,” says Purewal.

Expertise in delivering public sector projects is now a real asset for designers and contractors alike. No longer unfashionable, the public sector is likely to become an increasingly attractive market, given the current financial instability, for some time to come.