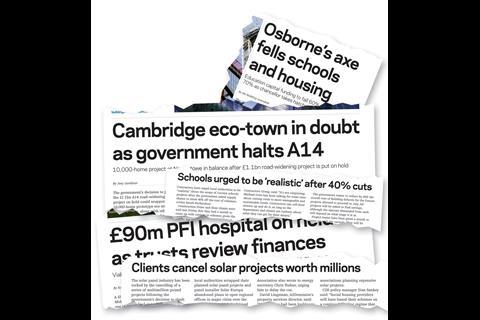 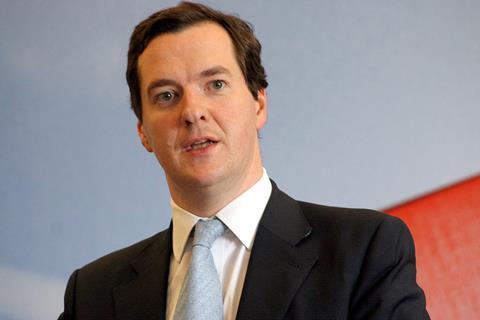 Public sector clients slashed projects in response to the chancellor’s swingeing cuts. But as the results of the Constructionline Building Index show, the pain is by no means over

It is just over a year since George Osborne slashed £83bn off public spending for the next four years in the last Comprehensive Spending Review. That meant big cuts for the
Over the past year contractors and developers have bemoaned the drying up of the public sector well, where only a few drops of hope now remain, such as the academy schools programme, renewable energy projects and a limited number of big rail and health investments.

Now the second biannual Constructionline Building Index - derived from a questionnaire filled in in October by 252 principally public sector and housing association clients - reveals that the nightmare of project cuts is far from over. Of the 252 public sector clients surveyed, 38% said they had plans to cancel projects - that’s less than the 68% who said the same six months ago but still a significant amount. In addition, 29% said they would be asking suppliers to cut prices, which Stephen Ratcliffe, director of the UK Contractors Group, warns is self-defeating and could signal trouble for industry and client alike. “You end up with suicidal prices and companies going bust,” he says.

So, apart from more cuts, what will the next year in public work bring?

Following publication of the government’s Construction Strategy in May, it seems there is a shift in tactics emerging. Retendering is proving popular, with 42% of clients saying they will retender for projects in the next six months, compared with only 31% intending to do the same six months ago. Plus, 34% said they will retender for frameworks over the period compared with 15% six months ago. And 35% said they are set to make use of benchmarking, all indicating there may be more opportunities to win work in the next six months than there have been of late.

The Construction Strategy, devised by chief construction adviser Paul Morrell, said that from January 2012 the government will actively encourage the use of cost benchmarking in public sector projects, with agreed standards in place by March. It also reaffirmed the use of framework agreements, but said they should be adapted in order to make them more effective. It is investigating how best to do this and expects to publish its views in January.

Housing associations in particular are taking this approach, with a higher proportion looking at retendering frameworks than their health and local authority counterparts, and only 15% saying they will cancel projects. Still, asking contractors to cut their prices was also a popular tactic among housing associations compared with other client groups.

Chris Gilmour, marketing director at Bam, argues that retendering is most often led by a desire to drive down prices anyway and says that, because the market has driven down prices in recent years, even frameworks that are just a few years old could see the public sector paying a lot more than it needs to.

However, the thirst for retendering isn’t just driven by price or government dictat, argues Graham Watts, chief executive of the Construction Industry Council. “It’s partly the the public sector looking at how it can save 20% of its bottom line. But it’s also trying to get to a different procurement methodology and it’s going to lead to a better alternative,” he says. Watts says that until everything is procured through building information modelling (BIM), which he says is likely when it is used for all government projects from 2016, public bodies are likely to be feeling their way towards procurement savings.

Stability is the key

In addition, the survey revealed what qualities public sector clients are looking for when tendering for work. Financial stability ranked almost as important as low cost among public sector clients, while corporate social responsibility and good equality practices were the lowest priorities.

Of those that have revised their priorities over the last six months, 60% said that cost was now more important to them. But this was closely followed by financial stability, which nearly half of respondents said had climbed to greater importance. Gilmour says this presents a massive challenge for firms, which now frequently have to supply balance statements and five years of accounts for big contracts because financial scrutiny has tightened.

The importance of references and past experience also grew for 20% of respondents.

How important is BIM?

Despite Watts’ comment, the use of BIM does not appear to be a high priority for public sector clients. Only 13% of those surveyed said they would mandate its use over the next 12 months. The BIM system has been lauded by many as the future of the construction industry as it ties all contractors, architects and planners to using a central information management system to ensure greater levels of communication and to cut waste from the building process. It forms a core part of Morrell’s construction strategy and a phased roll-out of its use is due to start next summer.

“I’m shocked so few clients are using it,” says Andrew Barraclough, director at architect HOK. “There has been massive coverage of it. It’s government strategy, which all these organisations are subject to, and they are all aware of the need to make savings - BIM can help them do that. If they are not aware of it now one wonders what it will take to make them aware of it.”

The health sector is proving the most enthusiastic about BIM with 23% saying they would use it over the next year and 15% with plans to make it mandatory. Local authorities were its worst supporters with only 10% planning to use it in the next 12 months.

“They just don’t know what BIM does or what it can bring to them,” says Gilmour. He argues that it is up to the industry to sell the benefits of BIM to clients. “BMW don’t expect their clients to spread the word about their products,” he says. 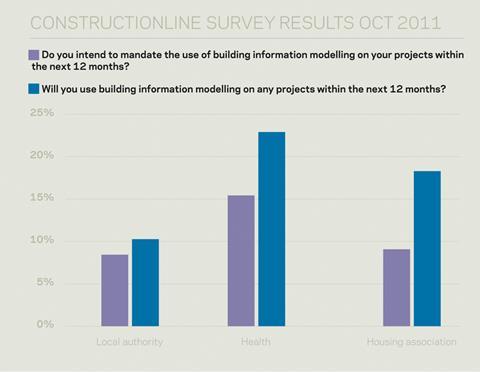 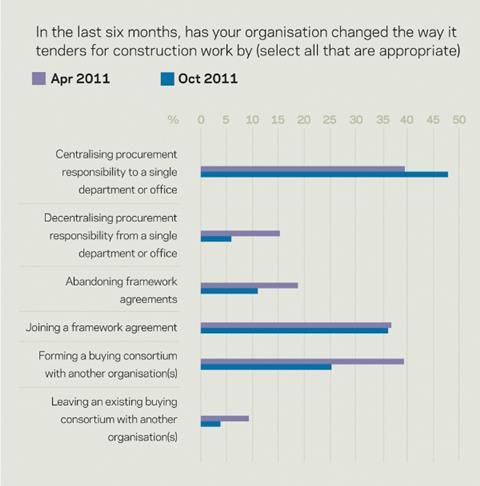 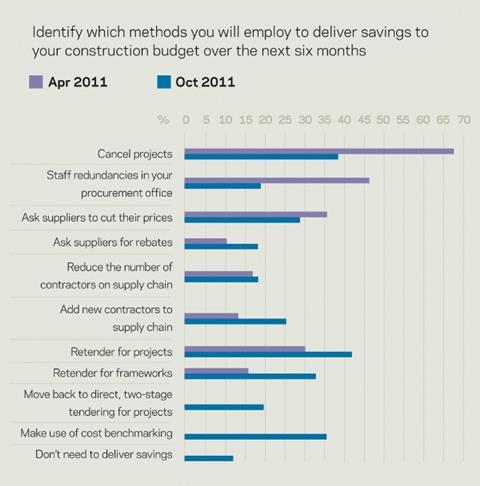