It’s winter and our thoughts turn to keeping warm by any means necessary. Is quadruple glazing the solution? Thomas Lane peeks out from behind his curtains to ask the experts 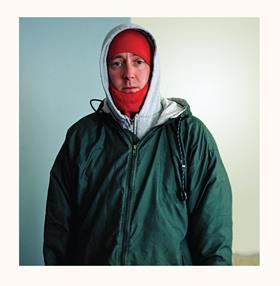 Window glazing is a bit like men’s razors. In the beginning people shaved with single-bladed razors in chilly bathrooms with single-glazed windows. The double-bladed razor was invented for a closer shave, and double glazing arrived in a bid to keep the bathroom warmer. This was followed by triple glazing and triple-bladed razors. The battle for the ultimate razor has continued with the launch of four and even five-bladed versions but until now there hasn’t been a glass equivalent.

This has all changed with the launch of the appropriately named Quattro, the first quadruple-glazed window. It has been launched by Scottish window manufacturer and installer, Enviro Windows, which says that 70% of its sales last year were triple glazing and 30% double glazing, so it reckons quadruple glazing could be the next step.

So is Enviro Windows right? Could quadruple glazing could be the next big thing to keep houses warm?

The figures above are based on tests using double, triple and quadruple-glazed windows fitted to a home in Scotland. The home was heated to 25ºC and the temperature of the outer pane of glass was measured using a thermal imaging camera. The temperature of the outer pane of the double-glazed unit was 23ºC, the argon gas filled triple-glazed unit 20.7ºC, and the argon-filled, quadruple glazed unit was 17.7ºC. Substituting argon with krypton gas gives even better results - a quadruple glazing unit filled with krypton gas gives a outer pane temperature of 16.2ºC. The U-values and cost savings have been obtained from these figures.

However, the figures should be treated with caution, according to Ray Williams, who is responsible for measuring the thermal performance of building elements at the National Physics Laboratory. 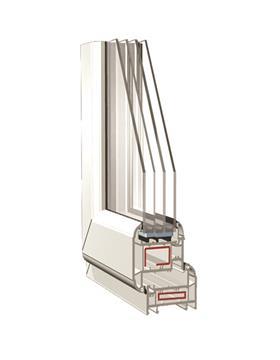 The external air temperature during the tests was 19.5ºC, which is warmer than the temperature recorded on the outer pane of the quadruple-glazed unit. Williams says that BS EN673, the test standard for the thermal transmittance of glass, stipulates there should be at least a 15ºC difference between the inside and outside of the window during testing. “For such an innovative product they should use one of the standard test methods,” he says.

Williams does think quadruple glazing has potential, though. “Obviously three cavities will have superior performance to two - it’s a matter of how superior,” he says. Appleyard says these are only preliminary results; there will be more field testing when the temperature drops in mid-winter and Certass carries out laboratory tests to fully verify the figures.

Assuming these subsequent tests verify the initial claims, is there potentially a big market for the product? John Tebbit, deputy chief executive of the Construction Products Association, thinks quadruple glazing will have limited appeal. “Up in Scotland it might be nice to have quadruple glazing when it’s cold but down in the tepid South double or triple glazing will do the job,” he says. Enviro Windows is based in Scotland, which may explain why they have a ready market for the new glazing.

In the long term Tebbit reckons “smart glass” is the answer to controlling heat flows through glass. Smart glass works by passing an electrical current through the glass to change its properties, meaning it can reflect or trap heat at the flick of a switch. “On a cold day it could let the sunlight in and keep the heat in and on a hot day reflect the sun and let the heat out,” he says.

However, remember those multi-bladed razors that have thrived despite increasingly better electric shavers. If this is anything to go by, quadruple glazing might have a healthy future.