11
Triple-glazing: Make mine a triple
Focus

Triple-glazing: Make mine a triple 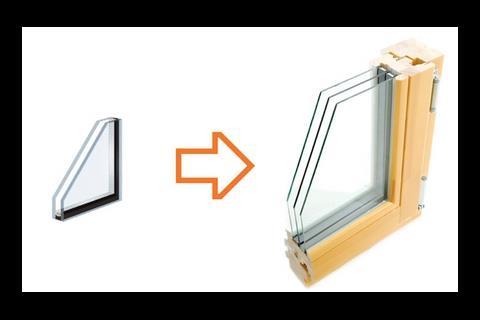 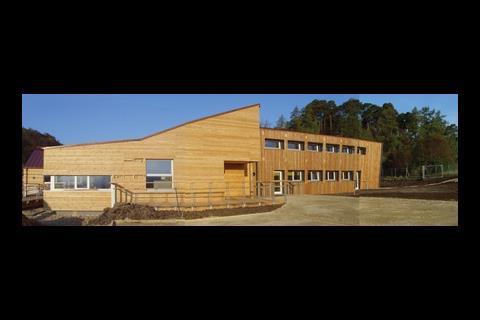 There are notable precedents when it come to adding a third layer to things. But should the principle be applied to windows?

Ever since man invented the club sandwich, we have appreciated that three layers are often better than two. The modern, sustainable manifestation of this is the requirement in Passivhaus standards, and the top levels of the Code for Sustainable Homes, for triple glazing. Now, some in the industry are calling for this to become the norm.

In June this year the Green Building Store stopped making double-glazed windows at its West Yorkshire factory and switched its focus to triple-glazed units. As an incentive to customers, it is offering them at the same price.

Chris Herring, director of the Green Building Store, says the aim is to promote triple-glazing as the standard choice for doors and windows in the UK. “Only triple-glazed windows and doors will be the correct specification to complement the super-insulation measures that the existing housing stock needs to address the threat of climate change,” he says.

This could be passed off as a marketing ploy, but Herring makes the point that most doors and windows installed in 2009 will still be around in 2030. And if the government is to undertake a comprehensive refurbishment of the existing stock to make all UK homes near zero carbon by 2050, then triple glazing will be required. There is also the suggestion that with the tightening standards in Part L of the Building Regulations, triple glazing could become de rigueur – and not just for housing.

So just how much more effective is triple glazing and is it the only answer to futureproofing today’s buildings? In terms of U-values, the difference between a good quality double-glazed and triple-glazed unit isn’t huge – typically just over 1W/m2K for a double-glazed unit and about 0.8W/m2K for a triple. Passivhaus calls for a U-value for the whole window – glazing and frame combined – that doesn’t exceed 0.8W/m2K.

For this reason, John Tebbit, industry affairs director of the Construction Products Association, doesn’t believe a blanket triple-glazed approach is necessarily the answer. “In certain situations, triple glazing might be the better solution and in others, particularly if you are looking to maximise solar gain and daylighting, you might be better off going for good quality double glazing and beefing up your insulation elsewhere.”

Garry Smith, technical advisory service manager with Pilkington, says the decision depends a lot on orientation. “On a north-facing elevation that doesn’t get much solar gain, you may want a low U-value and so small, triple-glazed windows are good. On south-facing elevations you might want high areas to capture the solar gain and do something with it and you could get away with double-glazed units.”

The trick in many cases, says Smith, is maximising the possible contribution from solar gain – also known as the G-value or solar factor – while still achieving a low U-value.

Pilkington’s new EnergiKare range, which includes triple-glazed units, uses a mix of glass types to do this – K Glass for the inner panes to reflect heat back into the room and Optiwhite for the outer pane to maximise light transmission. However, this is achieved without using soft coatings on the glass. This, says Smith, is important as they usually enable a good U-value to be achieved but restricts the amount of solar gain.

A high G-value also has a positive effect on the window energy rating (WER). This measures the heat loss of the entire window and, under the proposed changes to Part L, will set the minimum standard for windows specified for new dwellings. Crucially, the WER takes into account the window frame, an area where UK manufacturers are lagging behind Europe. Tebbit says: “With really low U-value windows, it is not so much the glass but the frame that is the area where you lose a lot of heat.” The larger frame sizes needed for triple-glazed units do provide the opportunity to make an insulating frame.

Although triple glazing does offer lower U-values, Herring says there are other factors to consider. “There are a number of elements you need to create comfort in a building. One is eliminating downdraughts, which can be created by large cold windows, and the other is avoiding a temperature difference of more than 4°C between the surfaces in the room and the required air temperature.”

So is this the end for double glazing? Herring thinks not: “The aim is to get people thinking about Passivhaus and comfort criteria and understanding that the decision to specify double or triple glazing is not just about heat loss and isn’t clear cut.”

In our schools issue, it would be remiss not to mention that education projects are increasingly turning to the benefits of Passivhaus. Acharacle primary school in the west Highlands is the first UK school with a building envelope that exceeds the requirements of the German standard – although project architect Samuel Foster, of Gaia Architects, points out that, as it needs heating during winter holidays, it is not a true Passivhaus building.

The school is built with a solid timber superstructure imported from Austria, which guarantees high levels of airtightness. The walls, floors and roof are packed with 280mm of wood fibre insulation, and the windows are triple glazed. According to Foster, they were looking to get the best U-value they could and that’s what drove the specification.

“We couldn’t have got that performance with double-glazed windows,” he says.

The windows came as part of the superstructure installation and have integrated solar blinds. “In the UK we are used to windows opening outwards whereas in Europe they normally use tilt-and-turn inward-opening windows, so we had to make sure that the flashings and seals would be able to withstand the harsh Scottish weather.”