Should we work all hours?

Ray O’Rourke has said a 35-hour week would make the industry more attractive to recruits. How realistic is a shorter working week is - and does anyone really want it? 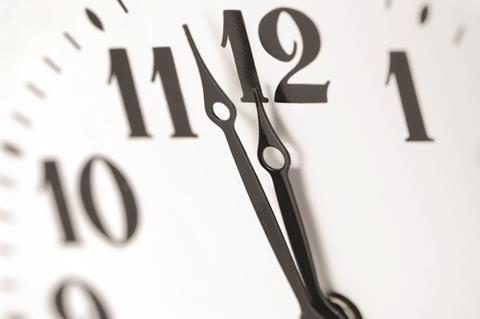 Laing O’Rourke chair and chief executive Ray O’Rourke stunned the audience at the Government Construction Summit in London earlier this month with his call for the industry to move to a 35-hour week. In a rare public appearance, O’Rourke responded to concerns over the lack of women in the industry by saying the sector had to end the long-hours culture that made it an unattractive option for many young people looking for a career. “Why don’t we have so many women in the industry? I say again, it’s not a very attractive place to be,” he said. “I think we should move more towards the German model, which is working 35 hours a week, rather than 48 hours for 48 years.

“It’s not sustainable for people to work, in the current methods you use, for 48 years. It just won’t work.”

Few would argue that the construction industry, as a whole, is an inclusive and modern employer. According to the Office of National Statistics (ONS), women constitute just 12.7% of the sector’s workforce. A 2009 CIC study shows that those women are paid almost a fifth less for their time. People belonging to black and minority ethnic groups make up just 5% of the staff, despite making up about 11% of the UK population.

The problem is not just one of fairness, it is also economically damaging: there is evidence the sector is struggling to recruit the new generation of workers it needs from its traditional pool of labour, despite the recession. O’Rourke’s contention is that moving to a 35-hour week, made possible in part by increasing use of factory production-line techniques and off-site construction, can help tackle this problem. But is he right, and is there any appetite to make such a shift happen?

Since the seventies the structure of the industry, based on a model where the bulk of work is subcontracted, has limited the ability of either unions or enlightened employers to move toward more favourable working practices. The major wage agreements, such as the JIB and CIJC, have provisions for workers to work less than the standard
39-hour week. However, employees’ ability to work fewer hours depends entirely on their employer agreeing to it. In addition these agreements do not cover all workers in the construction industry and exclude professional staff.

There’s little doubt there is a culture of working long hours in construction. According to data from the ONS, construction has long been the sector of the economy with the longest hours, despite falls in recent years. On average a construction worker, including those that work part time, puts in 41.2 hours a week, compared to an average of 36.3 hours across the UK economy (see ‘UK working time’, opposite). Crane drivers have the longest hours of any single profession, working on average 52.8 hours a week, with mobile machine drivers not far behind.

Michael Nugent, managing director at Bridge Recruitment Services which supplies staff for construction sites, says shop fitters, for example, commonly put in 50- or 60-hour weeks. John Allott, national officer for construction at trade union Unite, welcomed O’Rourke’s comments, saying it wasn’t just the possibility of attracting more people into the sector that made it positive. “We all know that productivity is not always what it could be and part of that is down to the long hours culture. It could also help because we’ve got a lot of construction workers out of work, it could free up jobs. People will work more safely if they’re not working really long hours as well.”

More family-friendly working times are seen as key to recruiting women, who are still more likely to be balancing work and child-care issues. Mark Farrar, chief executive of the CITB/Construction Skills, which funds the training of apprentices for the industry through a levy on construction firms, also welcomes O’Rourke raising the issue. “This is a debate the industry definitely needs to have,” he says. “But would that it were that simple. Clearly long hours isn’t the only issue stopping young people choosing a career in construction.

“It’s part of a much wider issue in that the whole image of the industry needs to change in order to attract the right talent. A change in working practices could help reach that wider pool of talent but there’s a whole range of things that will also make a difference.”

Carol Wrench, head of public affairs at the Electrical Contractors Association, says that less than 1% of electricians are women. The organisation has launched a programme, called “wired for success”, designed to get more women to become electricians, and she agrees it’s not just about working hours. “I don’t think that you can look at the number of hours a week in isolation. It’s more about a perception that the industry is not an environment that women want to work in.”

Others are concerned that any move to cut hours will simply be a way to reduce salaries - clearly a move that the unions will not be so happy about. “While some of the agreements pay well, others don’t,” says Allott. “At the current rates simply reducing hours to 35 could leave our members struggling to pay their bills. If we move to shorter hours, it has to be at decent rates.”

And there’s the rub. Ian Orton, managing director of £30m-turnover Liverpool-based contractor George Downing Construction, says: “The industry does need to debate the working hours issue more. [But] if you said to construction workers ‘I’m taking you down to 35 hours’, they’d obviously want their hourly rates to go up to maintain their income, which loads more costs onto projects.”

Could the industry, as currently structured, even work on such short hours? Recruiter Nugent thinks not. “I’d be willing to bet that Ray O’Rourke doesn’t work a 35-hour week,” he says. “In reality it’s the client that sets the hours. In an ideal world it’d be nice, but in this economic climate, if you want to get on and be a mover and a shaker then you’ve got to put in the hours.”

Orton agrees: “The fact is there are an awful lot of people who want to do 40, 45, 55 hours a week, and they don’t see this sort of intervention into their work-life balance as a good thing.”

There are also those who mutter, darkly, that O’Rourke’s raising of this issue has more to do with the dynamics of the Laing O’Rourke business, which has a large directly employed workforce and shed 5,000 European staff in 2010/11, than an altruistic desire for industry reform. One contractor, who did not want to be named, says: “He’s built a business on directly employed labour in the good times, but it’s costing him now.”

Laing O’Rourke has also invested much more than most in adopting off-site construction and BIM in recent years. Farrar says this innovation in technology and IT is all part of attracting new entrants into the industry, with pre-fabricated factories also offering a working environment that is cleaner, safer and more controlled. For Unite’s Allott this raises the concern that the move to off-site construction and a shorter working week being floated by Ray O’Rourke is part of a move to de-skill the construction workforce. Not true, says Farrar. “I think it’s more about changing skills rather than anything else. The industry has got to be more productive and competitive, and there will be skills required that we don’t even know about yet.”

For Ray O’Rourke the shift is inevitable: “This change is coming,” he said. And, while the cynics might be right to question his motives, there is no denying that the industry has to grapple with its failure to attract talent from all parts of society, and that changing working practices is part of that. However, for a notoriously conservative construction industry, the change may still be some time off.

Full-time workers in the UK have the third longest hours in Europe, putting in an average of 42.7 hours, behind only Greece and Austria. The EU Working Time Directive is in part designed to limit workers to a 48-hour working week and was first incorporated into UK law in 1998. France passed legislation reducing working time further to 35 hours, although this was later scrapped. Under wage agreements German engineers work a 35-hour standard working week, and German construction workers work a 40-hour week. The UK secured an opt-out to Working Time Directive, allowing individual workers to choose to work more hours if they wish to.