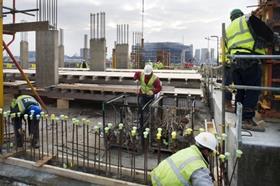 Contractors and unions reached the agreement yesterday, bringing a close to negotiations that had been stalled since June.

Unions rejected an initial offer of no improvement in pay in early June and a further offer of a 1.6% pay rise over two years later that month.

John Allott, national officer for union Unite, welcomed the “significant move” from employers, but added the offer was “probably an absolute minimum our members would accept”.

Unions and contractors have also agreed to recommence pay talks for 2014 onwards from next June to ensure an earlier resolution to the next round of negotiations.