The cost of training an industry

Criticised for its complexity, the CITB is reforming its method for levying the funds it uses to subsidise industry training. The streamlined plans will see some employees paying less, but for others, it could mean a larger bill.

The CITB estimates that the industry needs to train 182,000 people in the next five years to meet the likely demand for skills from a newly growing industry. But the body, which collects the annual £170m levy from industry used to subsidise training in trade and professional skills, has long been subject to criticism from the firms that pay the charge - 0.5% on every employee’s wage bill. Employers complain that the way the charge is levied is unfair, and the way grants are handed out is bureaucratic, unhelpful and poorly targeted.

For employees themselves, the result is that many employers don’t know or don’t claim what help is available to them, meaning opportunities to train staff are lost.

However, with a new chief executive in place since April, and industry and government clear that change is needed, the CITB is starting to reform. It has already outlined plans to change the way the levy is collected that will see some small businesses pay less but others - such as large labour-only subcontractors - that are now exempt, paying into the levy for the first time. It is also planning to radically simplify the way funds are then redistributed to the industry, making it easier for small businesses to get their fair share of grants.

Building spoke to the CITB’s policy director Steve Radley, and Colin Chaplin, levy development manager, to find out what changes are planned and how they will affect employers and staff in the sector. 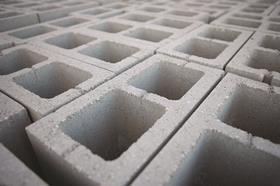 Q What are the main changes proposed for the levy?
A The changes comprise three technical tweaks designed to make collection of the levy more straightforward to calculate and collect.

Q Who will benefit?
A In total the CITB says the changes will not increase the amount of money collected by the levy, though they will change how much some individual businesses contribute. The CITB says that 84% of construction employers will pay the same or less under the proposed changes. Those to benefit most will be small businesses with wage bills of between £100k and £400k per annum who will be eligible for a 50% discount to the levy for the first time. The CITB’s Chaplin says “several thousand” firms will be helped by the extension to the levy discount.

Q Who will pay more?
A The CITB estimates that about 2,500 firms that formerly benefitted from the offset mechanism, many of whom will be large labour-only subcontractors, will now be liable to pay the levy. Chaplin says: “There’s a small minority, about 4-5% of employers that currently benefit from that offset mechanism, and pay no levy as a result. Clearly, they’re going to start paying levy. We’re talking about sizable businesses who could have payments to a workforce of £8m but don’t pay levy. We’re not increasing the levy income as a result of this, we’re spreading the load across a broader number of employers.”

Q When does this happen?
A Payments under the new system will not be due until the early part of 2017. However, the payment levied at that time will be calculated upon the people employed by registered businesses between April 2015 and March 2016, so businesses have only a limited amount of time if they wish to adjust how they operate to incorporate the planned changes. The CITB has already written to all 75,000 registered employers, and is about to send another mail-out specifically to those 2,500 it estimates are likely to pay more. The CITB’s Radley says: “We’ve done extensive modelling to identify who’s affected, and spent a lot of time communicating it. Some businesses as a result of this may change some aspects of their operating model, and they’ve got plenty of time to do that now, as we’ve been up front with our communication.”

Q Why is the CITB also planning to change the way funding is divested?
A Employers access the money raised by the levy by applying for grants, which are available via around 60 separate funding pots. According to Radley, while the CITB retains the industry’s support for the overall system of levy and grants, CITB needs to get better at reflecting the specific skills needs of the industry, and the complex landscape of different funding pots requires radical simplification in order to be accessible, particular to smaller employers.

To do this, he says the CITB is reviewing how to change the system to ensure both that grant schemes are “co-designed” with industry and that they make use of forecasting tools so that relevant training is available in advance of the industry’s likely need for a particular skill set.

In addition it wants to simplify the process of obtaining funds so that smaller businesses aren’t put off. “We need to ensure that we don’t prevent companies from taking advantage of the support that’s there because the criteria either doesn’t fit the way they train or we force them to jump through so many hoops they just think it’s not worth the bother of doing it,” says Radley.

Q How will the way employers access funding change?
A The CITB hasn’t yet determined exactly how the reforms to funding will work, but it has some core outcomes it wants to achieve, such as collaborating more with industry, and making the bidding process simpler. Radley says that there will be “vastly fewer” than the 60 current funding pots, with number streamlined “ideally” to fewer than 10. It will also stop attempting to replicate other public or private sector training provision that already exists. In the past, CITB has refused to support training by external providers that it also provides. “I think that’s a genuine concern and one we need to address,” says Radley. “We should be providing training directly to [the industry] if we’re in the best position to do that, but we should also be providing signposting to other sources of training if that best meets their need. Ultimately we’re here to address market failure. Everything we do should be additional to what the market will provide. If there’s better ways or the [external] training’s more relevant or more competitive, then that’s clearly the route they should go down.” As a result of the reforms, he says, he anticipates more funding will in future go to the small businesses that currently get less than 50% of training support.

Q Will employers have a say in the way things will change?
A The CITB is promising to consult before undertaking any reforms to the way grants are allocated. Radley says the body is already taking soundings on how to reform the system, and that a more formal consultation on changes will be issued next year, which the industry will be encouraged to respond to. The body doesn’t intend to institute any changes until 2016.