6
Treat your staff with honesty and humanity
Focus

Treat your staff with honesty and humanity 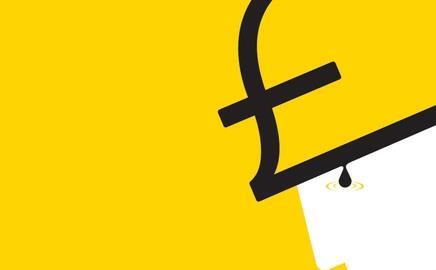 Thousands of people have been made redundant in the past few months and more will probably follow. How should a good employer handle this painful process? Josephine Smit found out

‘It was painful. Emotionally, it was very hard. People were upset and in tears. The reality of what it means for people hits home.” Rob Burnham’s voice drops as he relives his experience of redundancy last year. Burnham was not describing his reaction to the loss of his own job, but the moment when, as regional managing director, he had to break the news to about 50 staff at David Wilson Homes that their office was closing and redundancy could be on the cards.

Redundancy has been a cloud hanging over the otherwise buoyant UK housebuilding sector of the noughties ever since Persimmon acquired Beazer in 2001 and promptly axed 600 staff. Continuing merger and acquisition activity among top players has been accompanied by impressive efficiency savings, and these have largely been achieved by eliminating duplication across the combined businesses and making hefty staff cuts.

But since Barratt bought David Wilson Homes last year and closed nine offices, including the £50-turnover Horsham office run by Burnham, another driver for redundancy has taken prominence: the credit crunch. Virtually every housebuilder has had to make staff cuts as a result: Barratt has shed a further 1,000 staff, Persimmon 2,000, Taylor Wimpey 600, Bovis Homes 400, and so on.

The worsening economic climate has made redundancy statistics the stuff of daily news headlines. “Redundancy isn’t coming as a huge shock to people. They are expecting it to happen now,” says Cara Regan, senior consultant with recruitment consultancy Macdonald & Company.

The growth in redundancies has swelled the number of housebuilding personnel registering at Macdonald & Company from one or two per week to 15 to 20. “And they’re good people,” stresses Regan. “We’re getting the people who survived the first round. Now we know it is really hitting the industry.”

Although cuts may be unavoidable in the present economic climate, housebuilders have very different ways of handling the redundancy process, and those differences can be telling.

Redundancy isn’t coming as a huge shock to people. They are expecting it to happen now

For starters, companies take various approaches to pinpointing redundancy candidates. Some hand pick the work roles or individuals they want to retain; others require large numbers of staff to effectively re-apply for their jobs. Making staff re-apply for their jobs may give everyone a fighting chance of staying in paid employment, but it can take a psychological toll on staff, as a technical manager at a top housebuilder recalls: “It happened when my office was being merged. Everyone was put on 90 days’ notice and had to apply for a job. It’s long-winded and exacting, and there is some favouritism in the choices. Even though I did get a job, I found it brutal.”

Housebuilders’ redundancy terms also vary greatly in their generosity. Perhaps unsurprisingly, developers known for their enlightened approach to homebuilding are parting company from their staff on the best terms. When Manchester based developer Isis made eight staff redundant last month, it softened the blow with a pay-out of six months’ salary for employees, a significant improvement on the statutory minimum of one week’s salary for every year of service. “It seems to have been quite fair,” says one observer.

Bigger housebuilders may not always be so generous, as an executive with one of the top 10 players, who has been on both the giving and receiving end of a P45, explains: “When there are smaller numbers of people, redundancy tends to be dealt with on a one-to-one basis, face-to-face by line managers. Often the terms are better than the statutory minimum and there are added benefits, like advisers to help people start up their own businesses. When there are redundancies on a large scale, then the human resources department takes over, everything is done by the rule book and you get the statutory minimum.”

Rob Burnham praises Barratt’s handling of redundancies at David Wilson Homes last year, when he helped to close his office and then took voluntary redundancy to set up Milestone, his own housebuilding business. He says: “The way in which the management handled it was very good. People made time to talk to us. It was very efficiently handled, and on a financial basis people were reasonably well looked after.” He acknowledges that redundancy has become even more sensitive: “Companies are now doing it for survival and they can’t afford to carry large overheads. For people, that‘s very scary – what do you do if you lose your job?”

Worsening economic times may also force a change in housebuilders’ approach to redundancy, as one industry-watcher points out: “Housebuilders don’t have a reputation for being sophisticated businesses. In these times, even the nice can’t afford to be nice, so you can’t bet on housebuilders treating people well.”

But every business must observe the correct procedures, says Marjorie Hurwitz Bremner, human resources partner with Berg Kaprow Lewis, a top 50 accountancy practice specialising in owner-managed businesses. Bremner, who as well as heading BKL Human Resources is co-chair of UK 200 Group, an advisory body for the SME sector. She says: “The human and financial costs of redundancy are enormous and it is a stressful situation for employer and employee. Even when making just one person redundant, strict legal procedures have to be followed.”

Imagine yourself in the other person’s shoes. Don’t make promises you can’t keep, spend time with people, face up to them. They’ll respect you for it

Bremner explains the procedure in brief: “There are three tests that are applied to ascertain the fairness of a termination. First, that there is a genuine business reason, second that the selection is fair and objective and, third, that there is adequate consultation with the employee or employees prior to dismissal.”

Failure to follow the right procedure can have consequences. Bremner says: “The last thing that an employer needs in difficult financial circumstances is an unfair dismissal or discrimination claim with all the attendant anxiety and costs.”

Redundancy doesn’t have to work that way, as some housebuilders have demonstrated, and there are plenty of positive steps that companies can take to help departing staff. “Where redundancies are inevitable, redundant employees can be helped by outplacement services and redundancy counselling, with guidance on CV preparation, interview skills, retraining and job searches,” says Bremner. “Redundancy counselling also sends a positive message to the “survivors” , that is, those remaining in the organisation, that the employer still cares about the welfare of those who have been made redundant.”

Experience taught Burnham how to manage redundancy sensitively. First, he says, employers should be ready to give practical advice on everything from the availability of references to whether people can take their mobile phone numbers with them. But above all, it is important to treat staff with honesty and humanity: “Try and imagine yourself in the other person’s shoes and be honest with them. Don’t make promises you can’t keep. Don’t say you can leave at a particular date and then ask someone to stay another week. Spend time with people, face up to people. You have to be brave – you may think it will be a horrible conversation and they will say ‘what about my family’, but you know people will respect you more for it.”

Burnham made a personal parting gesture to his staff. He took them all, from site workers to sales personnel, out to dinner, and it is testament to the culture he created that his former colleagues continue to meet socially. The investment in people could be worthwhile: one day the downturn will eventually come to an end, and the industry will need to attract its people back.