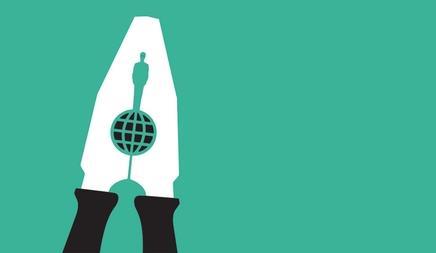 Many companies are mounting expeditions abroad to escape the UK downturn, but with global expansion comes a whole set of interesting problems.

Construction professionals can take consolation from the fact that as the UK market shrinks by the day, around the world there are clients crying out for construction skills, and foreign companies going to considerable lengths to recruit British talent.

An increasing number of UK firms are taking advantage of demand for their services from overseas. This is opening up a world of opportunities for their staff, but it also means a new set of HR challenges, as firms must not only recruit people to work overseas, but support those who relocate and manage their foreign offices. HR departments must juggle complex visa and tax requirements while helping employees uproot and smoothing their path abroad. Then there’s the balancing trick of maintaining consistency across a global workforce while responding to cultural and economic differences between markets. So what does it mean to be a good employer when your staff are spread across the world?

Well, judging by the results of Building’s survey (page 24), being an internationally focused company is by no means incompatible with being a good employer. Just under half of the top 75 have some overseas projects, although only eight say they offer all staff the chance to work abroad. That’s a slight increase on last year, which either reflects the trend for companies to spread beyond the UK, or means that those that do have an international presence are getting better at managing their people.

It could also mean that staff are increasingly valuing the opportunities a global employer can provide them. “Not everyone wants to work in a different country, but for those that do it’s fantastic to be able to offer the opportunity,” says Chris Marsh, HR director at Faithful + Gould (F+G). Forty five per cent of this firm’s 1,200 employees are based outside the UK, which reflects the fact that British QSs are in particular demand abroad.

Marsh says that even though the addition of quantity surveying to the UK’s skills shortage list has meant an influx of foreign talent, he still has more UK nationals working abroad than foreign employees in the UK.

F+G ran a careers fair in Teesside a couple of months ago specifically to recruit surveyors with industrial experience to work on its US projects. “We certainly found enough people to justify holding the event,” says Marsh. “We’ll probably do more.”

Engineer WSP is another company that has expanded far beyond the UK’s borders in recent years, and now has 10,000 staff working across 250 offices. Siv Axelsson, its HR director, says that about three years ago it had just 40 people based in the Middle East. Now it has 800 and Chris Cole, its chief executive, recently said he would move up to 250 of its UK staff to Dubai if the market downturn continued.

One of the distinguishing marks of a good employer is surely that staff share a sense of belonging and purpose, but how do you maintain that across a global company? Axelsson pinpoints one of the greatest dilemmas for a company with a global staff – how much of HR policy should be led from the centre, and how much should be left to local managers?

“For an acquisitive company like us, the most important thing is to get the right balance between local and central,” she says. “If we tried to push a central HR policy it wouldn’t fit and people would leave us.”

On the other hand: “This is a complex company and we need to communicate our strategy across the group and show people what we are doing. We’re growing so fast that HR is becoming more and more important. We need a long-term strategy.”

To that end, salary and benefits are managed locally by WSP’s 70 global HR staff, but centrally Axelsson has been investing in employer branding, which cascades down from senior management in different countries. She has completed a fourth annual survey of global staff. “We use the same questions all the over the world, and they’re specifically designed to understand whether our mission and values are understood and if they’re embodied by staff. That gives us a lot of information on how to treat different areas.”

Of course, when you’re comparing staff in Scandinavia, the US and Dubai, you’re going to see some regional differences. “It differs quite a lot, so we have to compare like with like. In the north of Europe, people are more relaxed; they don’t say ‘hooray’ all the time, but if you go to the US, people are so happy. In the Middle East, people are very positive; it has to do with the culture out there.”

The other big global push is a talent management programme, which will be consistent across the world. “That’s one of the few things we do on a group level,” says Axelsson. “If we don’t have talent management in place, I don’t think we can manage in the long term.”

Similarly, Jane Johnston, HR director at Turner & Townsend, is setting up a global leadership development programme, and has just appointed a training provider to work across its 2,500 staff. “We own all our operations across the seven regions and one thing I wanted to be clear about is that we are truly a cross-border organisation. We’re not just moving people in and out of the UK.”

But finding a truly global training company to match her own firm’s reach wasn’t easy. Johnston went through a lengthy selection process in whittling down a longlist of 10 firms. “We wanted a global company so we’d get that consistency, but with local providers delivering the training, so if you have an American audience, you have an American trainer. A few would say they were global but they were actually based in one city and flew trainers around the world.”

T&T now recruits globally, too, and a couple of months ago held a fair in South Africa to fill roles across its operations. Johnston says it found 82 recruits for positions in Australia, 79 for the Middle East and 200 for South Africa itself.

For employers, having access to a global resource is wonderful, but it also entails a whole new world of administration. Navigating the complexities of visa and work permit regulations is a daily task for the global HR department, as are the vagaries of employment law in different countries. In the Gulf, rules change constantly; in Australia and the US, they vary from state to state.

Negotiating a fair salary and benefits package for each individual’s unique circumstance is also tricky. European staff relocating to the US, for example, are typically appalled at the prospect of just two weeks’ holiday a year, and the situation with public holidays varies from country to country. Johnston says she starts from the position of trying to be consistent, but then tailors packages in each country on the advice of local lawyers and accountants.

Marsh says it depends on how long the move is expected to last. If an F+G staff member is relocating on a short-term basis their terms remain largely the same, with the addition of living costs and travel, but for longer secondments or permanent relocation, contracts are more in line with local levels. “If you send someone to work overseas you want them to fit in as much as possible, and if they get two or three times as much leave, that’s going to be harder,” he says. “But if people are used to having more, we need to reconcile that. It’s a dilemma.”

HR managers also find they must get involved with aspects of employees’ lives that would usually be out of their remit. “Relocating is a massive life change,” says Marsh. “Somone might have a partner, and if so, do they want to go, do they want to work, are they able to work. Do they have children? What do you do with the properties they leave behind – rent them out or sell them?”

Axelsson says that WSP typically has one HR manager for every 150 employees around the world on average, but there are widespread variations in different regions. In Sweden it’s much less, but in the Middle East, where staff need much greater support, the ratio drops to one for every 70.

Architect Rogers Stirk Harbour + Partners has 170 staff and satellite offices in London, Barcelona, Madrid, Tokyo and New York. Amanda Deaves, its HR manager, says it used a specialist company in New York to find the right accommodation for staff moving out there – a daunting task in such a big city with a complex real estate market. She also extended the firm’s private healthcare package to cover staff wherever they work.

You might think an employer’s duties taper off when a staff member comes back home, but Deaves warns that this can be equally disconcerting. “Coming back to the UK can be a fairly daunting prospect because they have the same accommodation issues, and they’ve accumulated things, so there’s shipping to sort out.” One member of her staff is about to return from New York, and Deaves says she has arranged for her to stay in a company apartment for six weeks. “It’s fully functioning and fully kitted out so she doesn’t have to worry about a thing. It gives her a good base to start from.”

Of course, good UK employers must also offer the same level of support to their growing number of foreign workers. At David Morley Architect, practice manager Radhika Ponniah says that although it only has one overseas project, there are nearly 20 nationalities among its staff of 45. “At the moment, we have people from Hong Kong, mainland China, Germany, New Zealand, Australia, Malaysia, Portugal and Spain.

We used to have an Austrian and a German who were originally from Vietnam and Sri Lanka. Sometime they have personal issues because they’re so far away from home and need a little extra support, but we have strategies in place to allow us to keep track of people and give them the support they need. I’m particular about calendars being kept up to date – we need to know where people are.”

And it’s not just work. Both Ponniah and Deaves enjoy the lighter side of being a global practice. In the name of company unity, Deaves is about to lead a mammoth site visit to RSH+P’s recently completed winery in Madrid. “We’re taking 200-odd people away for the weekend, including the flights, accommodation, drink. There are people coming from New York and we’ll meet up with the Spanish offices too.”

On a smaller scale, David Morley Architects trooped to Hyde Park last Friday for a picnic. Everyone came along with food from their home countries – they had Indian food, Polish food and food from New Zealand. Ponniah says: “It brings a lot of cultural intelligence for all of us, at a very simple level.”