12
Who turned the lights off? The Part L rooflight resurgence
Focus

Who turned the lights off? The Part L rooflight resurgence 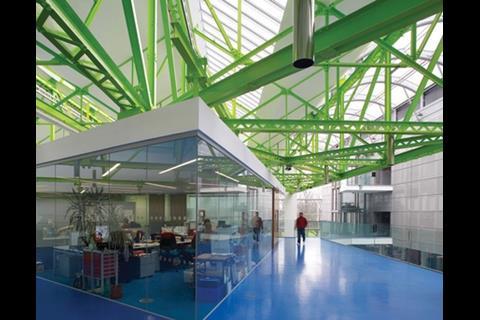 Sheppard Robson has transformed an aircraft hangar at Cranfield university into an academic building, lighting it by inserting northlights into the original sawtooth roof 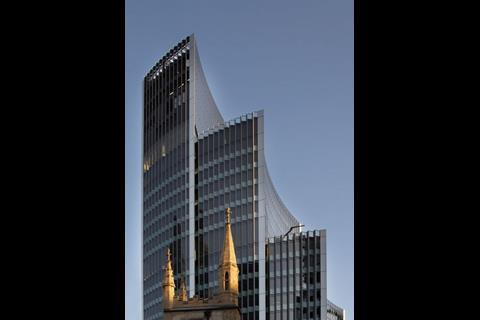 Rooflights were once seen as a simple way to get more daylight into a building. But when the government launched its consultation on Part L of the Building Regulations back in June, on the face of it, it seemed to make it tougher for rooflit buildings to hit their carbon reduction targets. Now, others are saying the changes will actually bring about a resurgence in rooflights. So what’s going on?

Under the last two revisions of Part L, all new buildings have had to cut their carbon emissions by 25% compared with a notional building model of the same size, shape and use as the proposed building. However, for 2010, rather than going for a flat 25% improvement in energy emissions for all buildings, the communities department is considering a more flexible approach. This would see some buildings allowed to achieve less than a 25% reduction while others will be required to cut more.

The logic behind this is that it is more cost-effective to cut the carbon emissions from some building types than others. To level the playing field a series of cost-benefit curves will be incorporated into the notional building model to determine the relative cost-effectiveness of improving different building elements, such as lighting, hot water and windows.

When the communities department carried out its initial cost–benefit analysis, one of the building types modelled was warehouses, to demonstrate what the impact might be on roof-lit as opposed to side-lit buildings, such as offices. While those without rooflights were given a carbon reduction target of 22%, those with had a much tougher target of 36%.

This might seem to suggest that adding rooflights penalises the building by pushing up its carbon reduction target.

But as Steve Wisby, partner at consulting engineer Hoare Lea, explains, it makes sense. As soon as you start adding rooflights to the building you begin to increase heat loss but at the same time you’re saving significant amounts of carbon because you cut down on artificial lighting, which is probably the biggest load in warehouse buildings. “So one of the easiest ways to get carbon reductions is to add in rooflights,” says Wisby, as you can immediately remove much of the lighting included in the notional building.

Without adding rooflights, the main options open to designers are to cut emissions by improving infiltration and heat losses. However, with modern warehouses typically achieving airtightnesses of 5m3/h/m2 it’s questionable what savings would actually be realised, while improving heating systems and mechanical ventilation is tough.

If you take out the rooflights, the U-values for your walls needs to go down to, say, 0.15W/msK and 0.18W/m2K for the roof in order to achieve the 22% saving. The options are to either up the performance of the fabric or else spend the money on rooflights and get away with a poorer performing fabric.

So although the carbon reduction target is higher in a building with rooflights, it is actually probably easier to achieve.

The downside to incorporating rooflights is it means the building is more likely to overheat. While horizontal rooflights are easier to integrate into the roof, they attract solar gains. Northlights provide a degree of control and enable the light to be bounced off the soffit, giving a more pleasant environment and reducing contrast. However, a greater area of northlights is needed to get the same daylight as horizontal glazing.

“The surface area goes up and you spend more money on the roof structure but you can turn the lights off for most of the daylight hours. It’s particularly good for top-lit buildings such as airport terminals where a lot of the spaces are transient and you can get away with background lighting,” says Wisby.

This could become more significant with another proposal for Part L – the introduction of limits on solar gains (see below). Currently, these are only applied to naturally ventilated buildings to demonstrate that they don’t overheat. For top-lit buildings such as warehouses and supermarkets, the idea is to show that the aggregate solar gains from April to September are no greater than would occur if 15% of the roof area was glazed using glass with a 25% frame factor and a g-factor of 0.46. These are measurements for the relative size of the frame and the percentage of heat transmitted through the glass respectively. Wisby says this isn’t a tough limit, but for those looking to maximise daylighting by glazing more than 15% of the roof, it could be.