A city of a million small sites

The UK is glued to top-down ideas of housing regeneration and a dependency on big developers working at scale. Taking a bottom-up approach and sharing work among smaller developers would prove far more fruitful 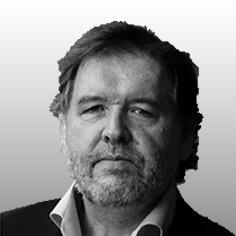 Another week and another argument rages over the UK’s housing crisis and the growing isolation of urban communities.

Yet over the water in Berlin and Brussels, locals can point to attractive reimaginings of their cities, where appealing (and cheaper) self-build neighbourhoods and waterfront homes rub shoulders with larger-scale developments. What do these cities know that London doesn’t?

In recent years, our cities have seemed overwhelmed by globalisation and its demands on services, followed by the ravages of austerity. UK local government in particular seems wedded to top-down notions of regeneration - outsourcing the problem to big developers to tackle it at scale. The results? Cookie-cutter approaches, ghost towns and developers walking away from brownfield sites that don’t fit the plan for bigness.

Our leaders have forgotten that housing can be reduced to the smallest units of delivery - a single street, terrace or building. Communities were built this way over generations and people will build again if conditions are put in place - common networks, boundaries and catalysts. These factors not only promote a sense of place and vibrancy, they also enable sustainable growth and change.

But European cities haven’t forgotten the lessons: they’re mixing top-down and bottom-up approaches to renewal. Look at Berlin’s Self Made City or development in Hamburg, successfully involving many different stakeholders and self-builders.

Our leaders have forgotten that housing can be reduced to the smallest units of delivery - a single street, terrace or building

In these cases, councils mediate between stakeholders, fixing site infrastructure and design principles and reducing building risk. These authorities offer land for smaller developers and self-builders as well as the big boys. As the attractive facades of the Hamburg waterside or Berlin’s Self Made City attest, this hub approach offers wider building uses and greater flexibility as communities grow – things that identikit housing programmes cannot deliver.

Of course, people acting alone will always struggle to deliver housing. We need to redefine the private sector (starting with development models) to include the whole market, not just the big players. The government always sees the solution as being engaging with the big housebuilders and not the small ones. We need to open the market to wider opportunities and make it work equitably for the individual, the collective and the corporate.

But the penny is dropping over here. Council chiefs are again warming to the idea of being regional growth enablers. The coalition’s enthusiasm for new approaches such as self-build may have been short lived but it inspired projects such as the mayor of London’s Popular Home initiative for common building patterns (although it’s still looking for the act of will to be tried and tested) and the new Build Your Own London Home Register, which together explore common approaches to housebuilding and identify locations for self-build housebuilding.

In addition, Community Right to Build – which gives communities a right through a local referendum to determine local schemes without resorting to the planning process – is an inspired move but it is also struggling to emerge as a credible solution, faced with resistance from many in the planning profession. Many planners are not aware of the Community Right to Build and some others see it as an affront to their professionalism.

There is a lot of interest throughout town hall corridors in arm’s length management companies or organisations (ALMO), not-for-profit bodies that are set up by local authorities to manage and improve all or part of their housing stock on their behalf. ALMOs have the potential to renew communities with bottom up and co-production methods - and deal with brownfield sites where developers won’t tread.

Builders and councils are familiar with legendary city planner David Crane’s call for “a city of a thousand designers”. The challenge now is to provide opportunities for a city of a hundred-thousand builders. The London Popular Home Initiative’s report to the GLA recognised that there were over 1,500 vacant or under-used sites (mainly smaller ones - aside of the big GLA-owned locations) in public ownership across London that could provide new affordable and private homes - and support wider social and economic development. The mayor’s team is already putting together a register of such sites.

City dwellers admire urban and neighbourhood regeneration projects but often struggle to share the best examples, or make use of common ideas and tools, to make sustainable change happen at scale. In reality we need both top-down and bottom-up to be working together. This is still not happening as well as it should.

It’s time for a city of a million small sites, where we encourage and incentivise building innovation and smallness. Rather than always thinking big to achieve change, we should think of allowing small changes - delivered on a massive scale.

Kelvin Campbell is curator of the Smart Urbanism Network and Massive Small, a campaign to build an online compendium of “bottom-up” change project knowledge and references through Kickstarter funding