What will the Conservative’s right to buy and starter homes initiative mean for UK housing? 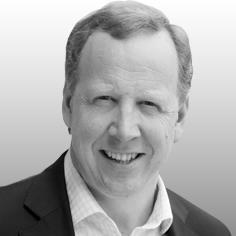 The generally positive reaction of the markets to the recent election of the Conservative party into government was due in part to the perceived reduction in uncertainty arising from a continuity of policy in key areas. In particular shares in those companies involved in the design and delivery of housing have seen a sustained increase since the results on 8 May.

Yet, with the not inconsiderable exception of the extension of the help to buy scheme through to 2020, there is a surprising lack of clarity and agreement in many key areas of housing policy which could, if not addressed quickly, undermine the attempts to increase housing output.

Two aspects of policy in particular have already triggered significant debate; the extension of the right to buy into the wider affordable housing stock of registered providers (RPs), and the starter homes initiative.

The former policy has already proven very divisive. Detractors question whether it is it right in principle for the government to be able to dictate discounted asset sales from RPs which have been running for over 100 years, but which may have only been receiving grant assistance for tens of years. If pursued, should this not result in a reclassification of the wider affordable housing stock and the associated debt back onto the nation’s balance sheet? Can this really lead to one-to-one re-provision when there is insufficient suitable permissioned land available in the right location (and given the very poor record of re-provision under earlier right to buy schemes)? Lastly, could this not undermine the future borrowing and investment capacity of RPs?

Combined with the likely parallel reduction in housing benefit, this policy does undoubtedly risk undermining the investment capacity of RPs at a time when their contribution to a growing housing supply needs to increase significantly. Advocates of the policy point to the significant surpluses of RPs, however, and claim that they should be able to absorb the impact and still grow.

This is not an area into which many of us can opine with any degree of authority. For my own part however, I remain opposed to the right to buy policy on the grounds of the negative impact the policy has had historically on the ability to redevelop failing housing estates. Over the years, I have seen the potential redevelopment of many estates frustrated by the existence of large numbers of randomly located privately owned dwellings acquired under previous right to buy schemes. It is impossible to acquire or CPO such properties without significant public sector subsidy, and the consequence is simply to undermine comprehensive redevelopment and to set such estates “in stone” for the rest of their days.

The starter homes scheme should be less controversial, and the lack of detail surrounding its funding means that the debate has yet to get off the ground. Nevertheless, at face value, the 20% discount to open market value which beneficiaries of the scheme would receive is to be funded in large part from a reduction in Section 106 contributions and affordable housing provision. The scale of required subsidy (20% of approximately £36bn of sales value) would more than eliminate the combined highway and education contributions collected under all s106 agreements across the whole country.

Significantly, this is happening at a time when the lack of infrastructure – both social and physical – is quoted as one of the main reasons for the vehement opposition to new housing in the South-east in particular. This policy appears fraught with planning risk and could backfire significantly if not thought through carefully.

Given the above it is not clear to me that either of these policies will increase housing delivery during the term of this government. Indeed, if not framed carefully, they could induce significant uncertainty and undermine delivery instead.