The next step for regeneration 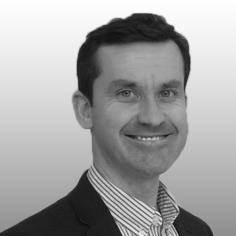 Regeneration is hugely important to the future of our cities and communities, but its chequered past has led to a lack of confidence among local authorities, registered providers and contractors. Confidence can also be affected by perceived resentment from residents and communities with longer local memories to those seen to be trying to regenerate where they live.

With the new Estate Regeneration National Strategy released by DCLG last week, it looks like government has come to the same conclusion and has produced a wide-ranging piece of work that recognises the stop-start and repeat approach that has blighted regeneration around the country for some time. Hopefully now we will have the impetus needed to move past that stage.

The strategy is a significant intervention for a number of reasons – not least because for the first time it sets out, across the entire country, guidance and expectations that councils can cleave to. Experienced regeneration professionals may learn nothing new from the strategy document, but there’s much larger group of interested parties who will find this valuable.

While not prescribing the route by which things should happen, it lays open a clear approach and gives access to insight and knowledge. Now one feels that a  local authority without substantial regeneration experience will be helped to move projects out of the ‘too difficult to do’ pile and into the ‘let’s have a look’ pile.

Secondly, it is very clear the emphasis government is placing on local engagement. When that initial conversation starts, there is a high chance interested parties will already be talking at crossed purposes – the local authority might go to its residents talking about quantity of homes, while residents themselves want to see improvements to the existing environment. Any regeneration that starts off with that disconnect is likely to come up against barriers and opposition.

Thirdly, the strategy points towards the recent Autumn Statement with an explicit reference to the £7bn for infrastructure spending to unlock housing while offering immediate financial support for getting the early planning partnership right. This all lines up to help make development happen.

For the willing, there may be issues around whether they have time, the funds, and the people. Many will want to know who to talk to as a first step..

It is the responsibility of the wider regeneration community now to follow up very clearly on this strategy, engage with local authorities to find out what their requirements are, and offer the right support and services to assist. If we don’t make that step, there will be city halls around the country that want to do something, but alone are not able to get things done.

We can already see new models of delivery that are working to improve places and create new estates and communities around the country. Brent Cross South, the largest estates regeneration programme in Europe, is an example that is referenced in the new national strategy.

The mature joint venture has been very successful in pulling together regional government (the GLA) with local government (Barnet council) working with private developers and partners including Network Rail and TfL.

Aligning the different requirements of landowners, developers and funders, carrying out extensive masterplanning, and finding new models for delivery are the essential factors for building successful regeneration schemes. This strategy clearly lays the groundwork for ensuring regeneration can happen – we now just need to pull together to make sure that it does.