Companies wanting to develop outside of the M25 have been held back by a lack of investment in infrastructure. But schemes and funding are now coming forward to regenerate some of our major cities 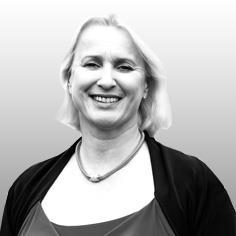 The one challenge that unites disparate regeneration sites across the country is the question of how to fund the up-front investment in site infrastructure that is usually needed to kick-start schemes.

This is one of the biggest challenges facing developers outside of the M25, where site viability in recent years has been further hit by a weak housing market.

Therefore, although the government has been pushing the need for housing, a lot of brownfield sites are struggling to get off the ground, primarily due to lack of investment in infrastructure over the past decade. But with the ripple effect of house price confidence moving beyond the M25, and the signing of a series of City Deals between the government and metropolitan authorities, it could be that we are finally beginning to see a change.

There is the collective realisation that major cities other than London have a lot to offer in terms of employment, arts and culture, retail, social well-being and quality accommodation. Additionally, the government has recognised that local authorities need to invest in the future.

For example, an economic fund of around £500m over the next 25 years has been promised for the west of England. Bath and North East Somerset Council are already looking to benefit from this fund to the tune of £25m to support their infrastructure spend in bringing forward a large area of land in the centre of the city known as Bath Quays.

Increasing numbers of local authorities have realised that in order to attract substantial investment in their regeneration sites, they need to compete to attract suitable development partners. A significant part of this demonstrating the ability to fund the required infrastructure and - in some cases - implement the infrastructure, demolition and remediation. More local authorities than ever now employ a dedicated officer to liaise with the many council departments so that the developer has one point of contact and knows what the local authority is seeking in its area in terms of politics.

It has been a long time coming, but there is now real movement with schemes and funding coming forward in major cities outside of the M25. Portsmouth and Southampton benefited from this in July 2013 in the first joint City Deal with central government, a partnership that is expected to generate over £950m in public and private sector investment. This particular City Deal is already making a difference in Portsmouth, with a £28m motorway interchange and park-and-ride off the M275 which opened this year.

Meanwhile, the Watermark West Quay - a £97m leisure and food development in Southampton - is reported to commence by the end of this year as a result of the deal. On top of this, Southampton has commissioned and presented an ambitious masterplan for the city up to 2030. The city is capitalising on its waterfront in the meantime, with more than 300 units complete and over 1,300 to go at the £500m Centenary Quay scheme, as well as Ocean Village and a new £40m arts complex in the centre under construction. There is also a £400m scheme at Royal Pier Waterfront on the drawing board.

If local authorities and cities come together through the Local Enterprise Partnerships, considerable money and funding can be secured from central government. This provides cashflow for major infrastructure in the form of loans, which in turn encourages the private sector to invest.

Moving north to Birmingham, the story is the same, with the Midlands sustaining regeneration too. To give an example, Birmingham City Council, the Homes and Communities Agency and the Canal & River Trust (formerly British Waterways) have committed to promote a new sustainable urban neighbourhood at Icknield Port Loop. While still at masterplan stage, it will, in all likelihood, soon come to the market and will be built by several different developers over a number of phases.

Further north again, Manchester may well be getting a directly elected mayor in future, but the city has already announced a City Deal which will empower the region to maximise its economic growth. The government has agreed in principle that an upfront investment of up to £1.2bn in infrastructure improvements can be paid back as real economic growth is seen. The first phases are based around public transport, and on the back of this there are also plans to establish a Greater Manchester Housing Investment Board. There is already substantial development going on in the city’s Piccadilly station area, as well as the £100m Brunswick Estate transformation.

The recent MIPIM event in London was the perfect venue for cities outside of London to come and show their wares. Developers and investors were able to look at what plans the cities have for the next 20 years and how they will be delivered, or indeed how they already have delivered some major projects. It was clear to see that regeneration outside of London is very much alive.