Why can't we build homes people actually want to live in? 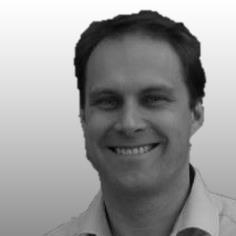 The South-east has a housing crisis and France has overtaken Britain as a homeowning democracy. So far, so anodyne. But why? “Nimbys” incant frustrated developers. “Greenbelts” invoke irate LSE professors. “Timid politicians” shout furious lobby groups. But they are all wrong. Or at any rate they are insufficiently right. They are dealing with symptoms not maladies.

We have a housing crisis because new housing, new neighbourhoods and new multi-storey blocks are consistently, unambiguously and predictably unpopular with strong majorities of the public a strong majority of the time. Older homes are larger and normally worth more per square foot (despite staggeringly lower insulation standards). Even RIBA admits something is wrong. It found, in one report, that “only around a third of homebuyers would consider buying a new home at all. Two thirds or more are only prepared to purchase from the existing stock”. If you could make people not just accept but love new buildings and neighbourhoods, argue for them, lobby for them then most other problems would fade away like ghosts at cockcrow.

Research by Savills found that the two most important issues people search for in their home are the “neighbourhood” and the “external appearance.” Meanwhile Create Streets’ own research shows that the vast majority of people just want to live in a normal house on a normal street.

I can almost hear professionals sharpening their pencils (or worse) in fury but the data is unambiguous. In poll after poll almost all would rather live in houses in streets than flats and would almost always avoid multi-storey blocks. (In one MORI survey not one single respondent of the 1,056 wanted to live in a tower block). People in multi-storey blocks are the least happy with their homes. (In seven controlled surveys high-rise block residents were the least satisfied - even if their social and economic status was identical.)

Data over many years reports people living in large blocks are less happy, less sociable, know fewer of their neighbours, are more likely to suffer from crime, less likely to do well at school and so on (again - even when their social and economic status was identical).

Just as bad, too often the very design attributes that are often correlated with the most provably popular neighbourhoods are just not present in too many new developments. In a globalised age, people seek compensation in a strong sense of place - including a style and use of materials that normally references memory and locational heritage. In a survey we did last year that was the key finding. People want here to be here. They don’t want here to be anywhere. Place trumps time.

In our recent pop-up poll on what types of housing people would actually want built, 87% preferred homes that were clearly “small c” conservative in design: one a street re-built 15 years ago as a Victorian simulacrum, the other a brilliant take on a Georgian terrace by the architects, Gluckman Smith. Revealingly, of the 13% who preferred less historically-referenced buildings, 43% worked as planners, architects or in creative arts.

The poll was indicative not scientific but is consistent with older studies. There is a measurable disconnect between what architects and the rest of the population appreciate in the built environment.

But too often the miasma of development control processes, housing regulations, Building Regulations actually make it hard to build such conventional places. When we presented some street-based, very “London” high density masterplans to a developer last month his response was: “that’s beautiful. You’ll never get it through planning.”

This is Kafkaesque. With developers able to out-spend planners five to one and with communities hating the results the planning system is both too weak and too strong. It is beyond democratic control. There is a new majority government. This is their key planning challenge. The question is not “how do we build more homes” but “how do we make new homes more popular”.

The planning system needs to change and give staggeringly greater focus to what people want. Neighbourhood plans should be but the first step in a direct planning revolution which removes planning power from property funds and city officials and returns it, where it belongs, to the rest of us.