Survey reveals jump in contractors concerned about lack of jobs 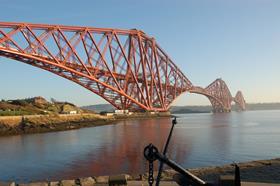 An increasing number of civil engineering contractors are reporting that workload shortages are threatening their business, according to a survey by the Civil Engineering Contractors Association.

The biannual survey of by CECA found that 33% of respondents were worried about a shortage in their workload, up from 26% in January 2012.

The survey of 119 firms also found that one in six (17%) believed their rivals were pricing work at unsustainably low margins in order to stay in business.

One survey respondent said: “Unless something is done, and done quickly, the number of small and medium enterprises who won’t survive is frightening.”

The survey found an increased number of contractors reporting poor practices such as long delays and bureaucratic procurement from their clients up from 6% in January to 17% in July.

Alasdair Reisner, CECA’s director of external affairs, said: “It is no surprise that falling workloads continue to pose the greatest concern reported by members - CECA has been warning for some time that the country is undergoing an ‘infrastructure crunch.’

“Given the difficulties faced by the sector, CECA also believe the government should act now to boost output through the implementation of shovel-ready repair, maintenance and minor works,” he added.