Next round of FIT cuts to be delayed 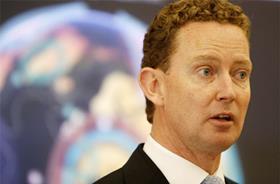 The government is poised to push back its next round of cuts to the solar electricity feed-in-tariff after the number of installations stagnated in the last month.

The Department of Energy and Climate Change (DECC) had proposed to reduce the feed-in-tariff, which is paid to homeowners with solar electricity panels for the power they generate, from July cutting it to as low as 13.6p per KWh from its current rate of 21p per kWh.

The 21p rate, which in itself was a cut from a previous 43p rate, was introduced for installations made after 3 March after a protracted legal battle over the cut, which had originally been slated to apply to installations made from 23 December 2011.

But the level of installations of solar electricity panels has remained low throughout April at less than 1,500 installations a week, down from a high of 29,559 last December and up to 9,000 a week in March.

The slump prompted the Solar Trade Association (STA) to write to DECC earlier this week requesting the July cut be postponed.

Last night, climate change minister Greg Barker tweeted: “Having listened carefully to industry, we are looking at scope for pushing back a little the next proposed reduction in the solar tariffs.”

Paul Barwell, chief executive of the STA, said: “It is very encouraging for the future that government is listening to industry concerns, but we need certainty as soon as possible on the details of when and what the next tariff adjustments will be.”

Robert Goss, managing director of energy firm Conergy UK, echoed Barwell’s comments, adding: “The uncertainty created by the government is the only reason for recent dampened demand, because good returns are still available.”