Pinnacle One: Temple to culture 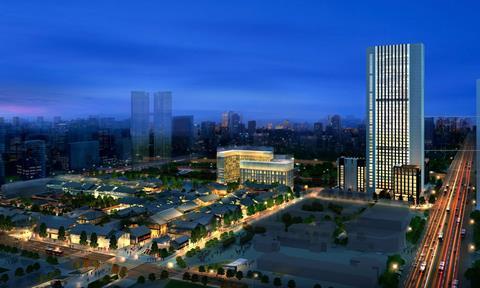 Pinnacle One in Chengdu by Make Architects

Make Architects’ proposed office tower in Chengdu in China has now been named Pinnacle One by developers Swire Properties and Sino-Ocean Land.

The developers released new images and said the name had taken inspiration from the Chinese characters for “wisdom” and “vision”.

The 200m office tower is set to feature 30m high atriums covered by a glass roof.

The building is part of the wider Chengdu Daci Temple Cultural and Commercial Complex, which will house 250,000m2 of space comprising of retail, dining units, a boutique hotel and serviced apartments.

The development, scheduled to complete in 2014, is situated in the city’s shopping district with nearby connections to the city’s metro lines.