As you opened Building this week, you may have found a copy of the 21st Fenwick Elliott Annual Review. The aim of our Review is to provide a practical overview of some of the most important legal and contractual developments from the past 12 months that may be of interest to everyone we work with.

This year’s Review features a wide range of articles, which reflects the diverse range of issues we have found ourselves looking at over the past year. We could not of course ignore Brexit, and our first article discusses the likely impact of Brexit for the construction industry. Apparently, for all the talk, Brexit simply means: the withdrawal of the United Kingdom from the European market.

The year 2017 has seen the release of a number of new contract updates. We compare and contrast some of the changes made by the NEC, who released NEC4 in June, and FIDIC, who are finally releasing the second edition of the Rainbow Suite in December. Both have given extra importance to dispute avoidance, with FIDIC introducing early warning provisions and the NEC introducing a Dispute Adjudication Board. With that in mind, we look at the latest encouragement being given to mediation by the courts. This is particularly important given the recent report by the Civil Justice Council working party which talks about possibly making mediation a compulsory step in the litigation process.

FIDIC and the NEC also have well-known notice provisions. In 2017, there was an interesting decision in Northern Ireland where, as the judge said, one party seemed to have overlooked the notice requirements amid a mass of claims. Questions of unforeseeable ground conditions are often associated with notice disputes and we look at some of the ways in which the different forms of construction contract address this issue, as well as discussing what happens where it is not dealt with at all.

Our monthly newsletter, Insight, provides practical information on topical issues affecting the building sector. For the Review, we have reproduced February’s issue when, following a successful Court of Appeal case, Insight discussed the FIDIC Yellow Book, termination and letters of credit. 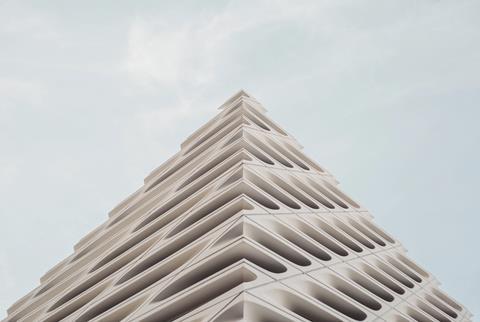 To complement our office in Dubai, which has been open for two years now, you can find an update on the latest developments in the UAE which may affect international arbitration. We also review the different ways concurrent delay is treated in the UAE, England and Scotland. This follows a rare Technology & Construction Court decision from September 2017 on the topic. The Society of Construction Law Delay and Disruption protocol also deals with concurrency. The second edition of this protocol came out in February 2017 and we review some of the changes.

One feature of cases in 2017 was the impact of the Supreme Court’s decision in Arnold vs Britton which featured in our 2016 Review. Instead of looking at the surrounding circumstances or commercial common sense to interpret contractual provisions, the courts have underlined the primacy of language, even when this results in a one-sided or unfair decision. We discuss the impact of this on the fitness for purpose debate. We also look at another Supreme Court decision, involving the alleged negligence of a gynaecologist, and explain why this decision may be very relevant to construction professionals.

Recently our Review has provided regular updates on the progression of BIM. This year is no exception and we look at the first English court decision where BIM featured. Access to the model was withdrawn following a dispute about, amongst other things, payment.

The government has just announced it is carrying out a new consultation on the Housing Grants Act and no Annual Review would be complete without a round-up of the latest adjudication news. Without agreement, it looks like 2017 might be the year that puts paid to the idea that a party can recover its costs associated with running an adjudication.

Finally, we have also started a Fenwick Elliott Blog — www.fenwickelliott.com/blog. Our Review includes a sample of what you can find.