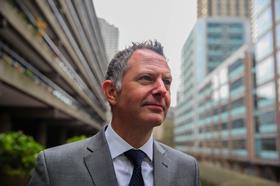 Aecom has lost another boss as its head of infrastructure moves to Mace.

Sean Gray becomes director of transport at Mace, where he is charged with growing the transport consultancy team.

Gray has previously been director of infrastructure at Turner & Townsend, as well as a commercial director at both Crossrail and Heathrow.

This year Aecom has lost its head of civil infrastructure in Europe, Richard Robinson, who became chief operating officer at HS2.

And the firm’s head of offices in London, Alastair Kenyon, moved to Alinea while Aecom’s corporate solutions direction Russell Weir moved to Exigere.