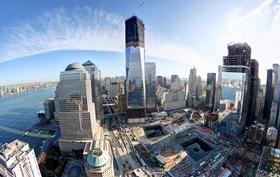 Aecom’s purchase of engineer URS has passed a key hurdle, after the United States government regulator ruled the merger does not breach American anti-trust laws.

In July, Aecom announced it planned to acquire the US engineering giant for $4bn (£2.3bn).

The deal, which is set to complete in October, will create a combined company with $19bn (£11.1bn) in annual sales and more than 95,000 employees.

However, he added there were still “further regulatory processes” that needed to be completed.

He said: “This gives us additional confidence that we will be able to complete the transaction during October. Until the transaction closes, we must continue to operate as separate companies.”

Lynch said the two firms’ leadership had held detailed discussions about the structure and direction of the combined company last week.

Lynch said the bosses had concluded the two businesses were “more complementary than originally anticipated, with less overlap and greater similarities to how we approach work”.

He added: “We share a vision for the future that is consistent in both approach and in our collective enthusiasm for building a competitive powerhouse across all of our markets. We will tackle issues from our operations to our structure to our brand, while we advance a methodical and detailed process with the valuable input and perspectives of leaders from both companies.

“While we anticipate it will be several weeks before our planning results in strategic decisions, we will continue to update you as our integration program moves ahead.”