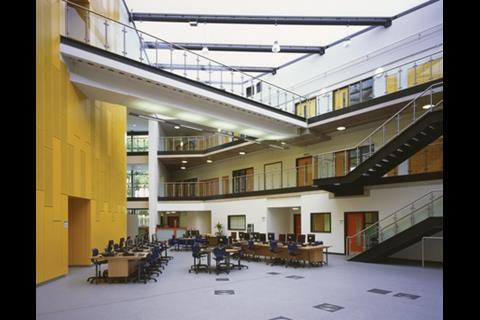 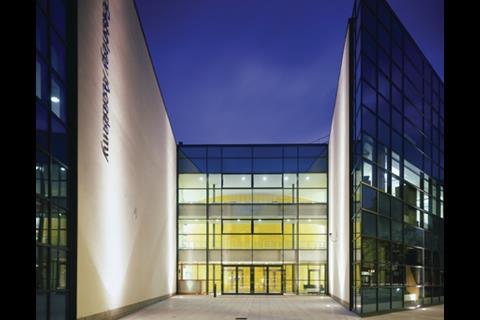 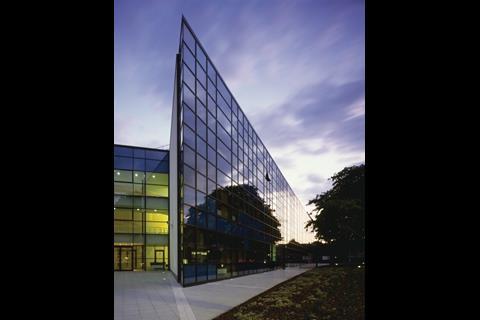 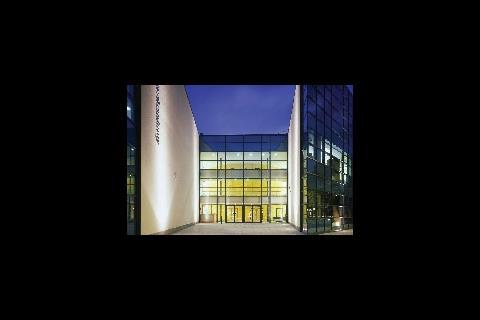 The Petchey Academy specialises in health, care and medical services

A new academy featuring a training restaurant, dance studio and roof top terrace has been opened in Kingsland, Hackney.

Two of the school wings are named after London hospitals Barts and Kings. Part of the site contains a Child Development Centre.

Sarah Williams, a director at Aedas, said: “Our primary design objectives included creating dynamic building that would inspire and excite the students and staff while instilling a sense of ownership and belonging.”

The Petchey Academy has been sponsored by the Jack Petchey Foundation. Jack Petchey is an entrepreneur born in the East End.