Alinea shrugged off a slowdown in London commercial work last year to hike revenue to the £15m mark in its sixth year of trading.

The London QS, which is working on a number of schemes in the City including the 22 Bishopsgate tower, said it had increased its share of workload in the commercial sector to around a third of its overall turnover for the year to April 2019.

Founding partner Iain Parker said: “We thought commercial was going to dip but it went the other way. There’s still a lot of interest [from developers] in prime London sites.”

But he admitted that clients were remaining cautious about fully committing to jobs because of the ongoing impasse over Brexit.

“It is a bit stop-start, people are cagily moving forward. It’s a business confidence thing. They want clarity on things like whether businesses are going to relocate [overseas], are [EU workers] going to stay here, will [EU] construction workers move back? Things need to settle down.”

Income growth of 14% mirrored the rise in staff at the business with the firm, which began with seven employees, taking employee numbers during the year to three figures, rising from 92 to 106. The firm has introduced perks such as private medical insurance in order to retain and attract staff.

Alinea has added an extra floor of workspace at its office on Cannon Street to cope with growing numbers which it expects to see jump a further 10% in its current financial year.

Parker added that it is forecasting turnover of around £15.5m in the year to April 2020 with close to 5% of this coming from overseas where it is carrying out a scheme for US software firm Salesforce in Dublin and has seen it link up with Melbourne-based QS Slattery to bid for work in Australia. The firm said it was also looking at picking up schemes in mainland Europe and the US.

He added that developers were beginning to demand their buildings are made up to date by including greater use of BIM, modular construction and making them smart buildings. “There’s been a shift in mindset from the commercial guys.”

Alinea is also carrying out work on a number of mixed-use schemes such as Foster + Partners’ overhaul of the Whiteleys development in Bayswater, west London, and a residential job where it is carrying out work for US developer Greystar on a 2,500-home modular housing scheme in Greenford, west London, which is due to complete later this year. 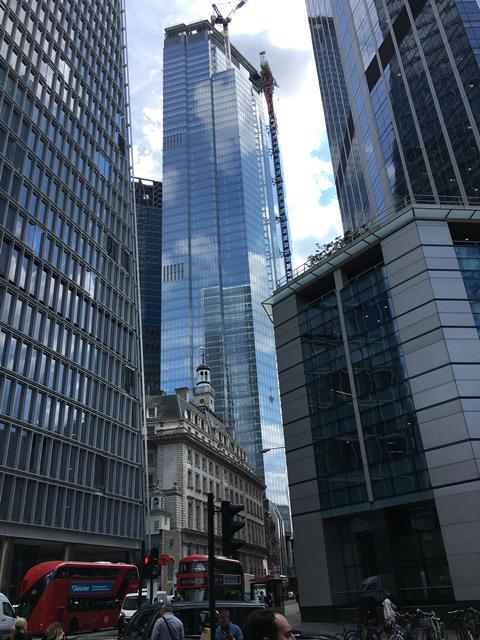 The tower at 22 Bishopsgate topped out earlier this month