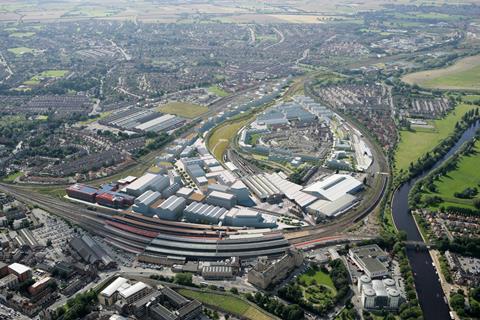 Allies & Morrison and Arup have submitted proposals for 2,500 new homes, new commercial and retail space, and the expansion of the National Railway Museum on a 45 hectare swathe of York.

The proposals, which have been two years in development, were drawn up for York Central Partnership following a successful bid to become one of the government’s “housing zone” areas focusing on disused railway infrastructure and buildings that surround the museum.

The plans – just submitted – also include the creation of new hotels, improved cycling access, a public park, and a new western concourse for York Railway Station.

York Central Partnership is a collaboration between the government’s housing-delivery agency Homes England, Network Rail, the City of York Council, and the National Railway Museum. 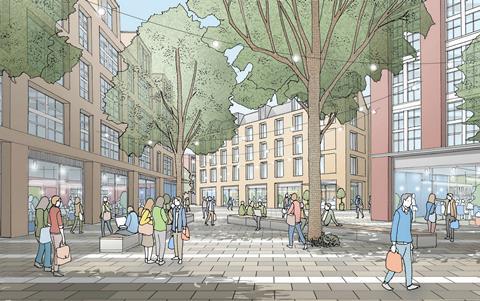 Commercial quarter of the York Central development, masterplanned by Allies & Morrison and Arup

Project lead Tamsin Hart-Jones said submission of the application was a significant step forward for the scheme, which the partnership said had the potential to create 6,500 new jobs and expand the city’s economy by 20%.

“A positive decision will unlock this underused piece of land and demonstrate a commitment to seeing it brought forward for the good of the city and its residents,” she said.

“We would encourage as many people as possible to view the plans and make comments to the planning authority within the consultation period.

“This is part of playing an active role in how York Central evolves, as the masterplan is the blueprint for future development on the site, but what actually gets built can still be shaped.”

Last week, the city council’s leader and deputy leader endorsed a design guide created for the scheme ahead of its submission.

Landscape architects for the scheme are Gustafson Porter & Bowman. 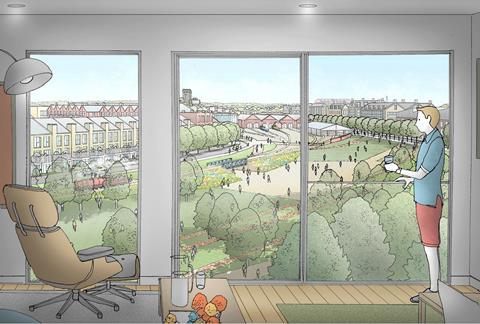 View towards York Minster from the York Central development, masterplanned by Allies & Morrison and Arup