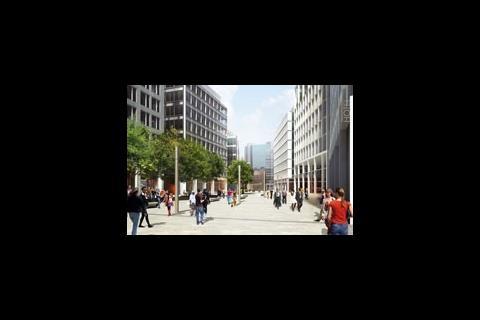 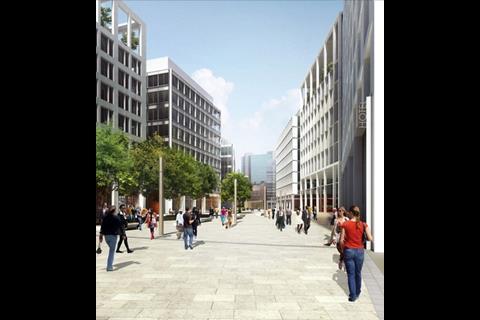 The masterplan for developer Cannon Cannon Kirk outlines the redevelopment of a 15 ha site opposite Coventry’s train station, including a new pedestrian route into the city centre.

It sets out the development, in stages over 10-15 years, of up to 300,000m2 of office, retail and residential space set in the context of the new infrastructure.

In total, 26 buildings are being put forward as part of the masterplan.

Allies and Morrisons says it will seek a BREEAM Excellent rating across the site by ensuring.