Dawnus fell into administration over a week ago

Civil engineering contractor Alun Griffiths has been parachuted in to take over a Swansea road job left stranded by Dawnus’ collapse.

The city council has asked the Abergavenny-based firm to take on a £4.1m contract to overhaul Kingsway, one of the main streets in the Welsh city.

Dawnus was carrying out the scheme before falling into administration last Friday. 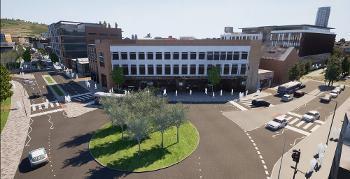 Alun Griffiths, which was bought by Tarmac last January, will now be responsible for carrying out works to reconfigure the street to increase pedestrian access.

A team restarted work on the same day Grant Thornton was appointed as Dawnus’ administrator.

Council leader Rob Stewart said: “Griffiths was the second-placed contractor on the original tender for the Kingsway works.”

He said the council expected Alun Griffiths would be on site within weeks.