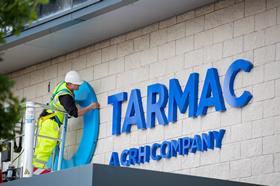 It will continue to operate under its own name with Tarmac saying the takeover will strengthen the firm’s operations in civils and highways work.

Alun Griffiths, which was set up by its eponymous founder in 1968, is headquartered in Abergavenny and employs 700 staff operating out of six offices across Wales, the Midlands and South West England.

It operates across eight sectors incluing highways and bridges, rail and utilities and energy.

Among the jobs it has completed in the past are schemes to upgrade the M4 motorway and  work on the Ebbw Vale to Cardiff railway line.

According to its last set of accounts filed at Companies House, the firm posted an improved set of results with turnover jumping by nearly half to £154m while pre-tax profit doubled to £2.3m.