Dutchman will leave consultant in March after nearly eight years 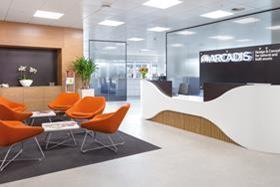 The Dutchman has been at the Netherlands-based firm for nearly eight years and will take up the role of chief financial officer at AkzoNobel Specialty Chemicals, which is a division of global paints and coatings firm AkzoNobel.

Arcadis said the process to find his replacement had already begun.

Peter Oosterveer, chief executive and chairman at Arcadis, said Vree had “played an instrumental role” during a period when the consultant made several large acquisitions, including UK-based consultant EC Harris in 2011 and engineer Hyder Consulting in 2014.

The firm also picked up architecture firm Callison in 2014, which it then merged with its other design subsidiary RTKL the following year. Last September Arcadis put the merged company up for sale.

Vree also stepped in temporarily to head up The Netherlands-based firm following the departure of Neil McArthur in October 2016 after he clashed with Arcadis’ board over the future direction of the £3bn-turnover firm.