Architects urge government to protect freedom of movement at all costs 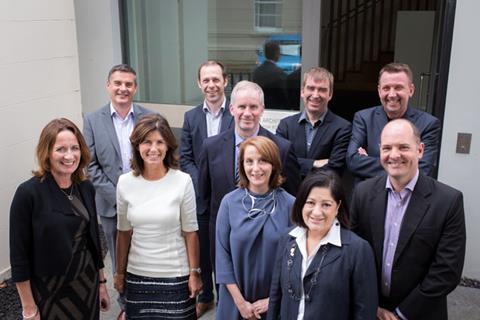 The presidents of all the UK’s architectural institutes have issued a joint statement urging the government to protect free movement as it negotiates Britain’s exit from the EU.

The movement of people, goods and services throughout Europe is of “paramount importance to the economic, social and environmental well-being” of Britain and Ireland, they said.

And they warned the uncertainty unleashed by the vote for Brexit could have a major impact on the construction industry, with some projects already suspended.

The statement was issued after a meeting in Belfast of the presidents of the RIBA, RIAS, RSAW, RSUA and RIAI at which they discussed the implications of the referendum for architects.

Jane Duncan, president of the RIBA, said they would also be pressing the government for continued mutual recognition of architectural qualifications. 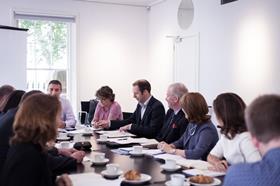 The joint statement said: “The uncertainty caused by the result of the EU referendum in the UK could have a major impact on the construction industry across these islands and we know that some building projects have been put on hold. Restoring stability and confidence as a matter of urgency will enable us to maximise the opportunities presented by the UK’s new relationship with the EU and the rest of the world.

“It is our view that the free movement of people, goods and services throughout Europe is of paramount importance to the economic, social and environmental well-being of these islands. We call on the Government of the United Kingdom of Great Britain and Northern Ireland, as it negotiates the UK’s exit from the European Union, to protect free movement.”

“UK architecture is a resilient, flexible and innovative profession with a long and proud history. I’m confident that architects, along with our partners in the wider creative and construction industries can help deliver strong economic growth for the UK during and after Brexit. As we look outwards to the world, we will continue our work with the UK government to address the challenges and support the opportunities that arise from Brexit, including pressing for continued free movement so vital for architects’ practices in the UK and the EU, and mutual recognition of qualifications.”

“Unlike in other parts of the UK, the level of investment in Northern Ireland’s built environment was still significantly below pre-recession levels even before Brexit. The modest recovery we were experiencing is now in jeopardy. There are concerns that Brexit might hit Northern Ireland harder than elsewhere in the UK and we believe there is an onus on the UK Government to take account of this as it rolls out measures to mitigate the impact of Brexit. Looking ahead it is essential that some way is found to maintain free movement and free trade across the border between Northern Ireland and the Republic of Ireland.”

“The Royal Society of Architects in Wales fully supports the Welsh Government in its demands that Wales should not lose out on projects and funding that would previously have resulted from our position as a region of the EU.

“Architects want to play a key part in creating better places for everyone - and to engage with the Welsh Government to achieve its aims of a sustainable, vibrant country through the Wellbeing of Future Generations Act. Wales is a small nation with an international outlook so our cultural and economic connection with Europe will be vital for students and practitioners of architecture in the future.”

“The Royal Institute of Architects in Ireland is the representative body for architects throughout the island of Ireland.  There have always been strong connections between the architectural profession in Ireland and the rest of the United Kingdom. That connection has been built on a long tradition of movement of the profession between both jurisdictions and the cyclical nature of the construction industry has ensured a constant flow of architects throughout these islands. Free movement of people and services, particularly via the open border between Northern Ireland and the Republic of Ireland, is essential for a healthy and sustainable construction sector.”

“Our Festival of Architecture, celebrating the RIAS’ centenary this year, has reaffirmed that Scottish architecture has been greatly enriched by our close trading and cultural relationships with the UK and Europe.  We join with our colleagues from throughout the UK and in the Republic of Ireland in seeking to retain and strengthen those ties.”

The presidents’ joint statement comes after the RIBA published a policy briefing highlighting five challenges and five opportunities for architects and architecture in the UK following the referendum.

1.            Upholding the strength of the UK’s world-class architectural sector – Government must prioritise the promotion of open markets at home and abroad, and ensure that it is easier to access finance for business – but in particular SMEs.

2.            Maintaining a skilled and innovative profession - Government must ensure that freedom of movement for architects and the wider construction and creative sectors is maintained.

4.            Sustaining affordable EU product supply and ability to specify product standards - The UK must continue to be party to the European Committee for Standardisation’s (CEN) and European Committee for Electrotechnical Standardisation (CENELEC) discussions on the specific needs of the EU in relation to a given standard, and on mandates and decisions about harmonised standards.  To promote business within the UK and the export market, common product standards must prevail.

5.            Retaining access to research funding - Now more than ever, ensuring affordable access to high quality professional education will be crucial to the UK economy’s success in light of a widening of the skills gaps in the construction and design industry.

2.            Strengthening the UK economy - The Government should set a target for infrastructure spending that ensures the UK’s road, rail, air and telecoms networks are world class.

3.            Gaining a competitive advantage in EU and overseas markets - The government should negotiate transferability of educational qualifications with key partner countries.

5.            Using VAT flexibility to boost construction and bring down costs of meeting standards - The government should explore changes to the UK’s VAT regime to promote sustainability in the renovation and refurbishment of buildings.