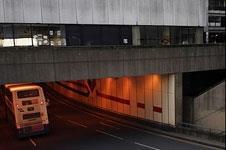 Developer Argent has been selected by Birmingham City Council for the £1bn redevelopment of Paradise Circus including the existing City Library, which will be replaced by a new council library in Centenary Square next door.

The 2.5 ha site revolves around a public concrete deck bridging Birmingham’s inner ring road, and the majority of buildings around it are already owned by the council and Argent. Construction will not start until the library relocates to its new building in 2013.

A potential sticking point is that last June English Heritage recommended that the DCLG should list the Brutalist concrete City Library building of 1973. However, a council spokesman said: “Listing is to some degree rather irrelevant, as listing is not a preservation order. Wembley Stadium was redeveloped even though it had been listed.”

Argent project manager Robert Groves said: “Next Monday the city council will ratify a collaboration agreement with us that should lead to a joint venture being set up within 12 to 18 months. During that period we will be exploring the opportunities and constraints of what is a very complex site.”

He added that no architect would be appointed until the masterplanning stage, but that Arup was appointed engineer for the site investigation.