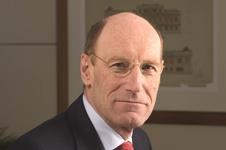 The chair of the Olympic Delivery Authority, Sir John Armitt, has agreed to run a commission designed to build cross-party consensus on major infrastructure for Labour shadow chancellor Ed Balls.

In his speech to the Labour conference today, Balls said Armitt has agreed to “draw up plans for a commission or process, independent of government” to assess the UK’s long term infrastructure needs and build cross party consensus.

He said the commission would consider “how long-term infrastructure decision-making, planning, delivery and finance can be radically improved”.

He said: “Sir John has agreed to lead this work and to draw up plans for a commission or process, independent of government, that can assess and make proposals on the long term infrastructure needs of our country over the coming decades and help build that consensus.”

He added: “The lesson of the Olympics is that if we approach major long-term infrastructure projects by building a cross-party sense of national purpose then we can deliver.”

Balls mocked the government for its divisions over airport capacity in the south east, the planned high-speed rail line from London to Birmingham and renewable power.

He said: “If we put off major decisions for another generation, it will be our children and grandchildren who will face the consequences.

“We need a comprehensive long-term plan to rebuild Britain’s infrastructure for the 21st century, and a cross-party consensus to deliver it.

“Let me give you some examples. We must decide how and when we are going to deliver super-fast broadband across the whole of the UK and avoid a two-tier Britain.

“We must decide whether we need to replace our antiquated National Grid, or risk more power cuts in the future. We must decide as a country on a clear plan to invest in nuclear power, wind and tidal power and other renewables so we can lead the world in delivering clean, de-carbonised energy and green jobs.

“We must decide how we are going to protect our country from rising sea levels and exceptional rainfall, including whether we need to replace or reinforce the Thames Barrier to prevent London from flooding.

“And we must decide, alongside vital decisions on rail and airport capacity, how we are going to get more freight off the roads and onto the railways - it won’t help that our grand-children are all driving electric cars if they are still sat in gridlock on the M6 or the M25.

“On all these issues, if we don’t start to plan now, what will we say in 30 years’ time when our children ask: ‘why didn’t you act when there was still time?’

“That is why we need a comprehensive long-term plan to rebuild Britain’s infrastructure for the 21st century, and a cross-party consensus to deliver it.”

As expected, Balls also announced a £3bn proposal to build another 100,000 affordable homes and introduce a stamp-duty holiday for all homes under £250,000, paid for by the proceeds of the auctioning of 4G mobile spectrum.

He said: “So with this one-off windfall from the sale of the 4G spectrum, let’s cut through this government’s dither and rhetoric and actually do something. Not more talk, but action right now.”