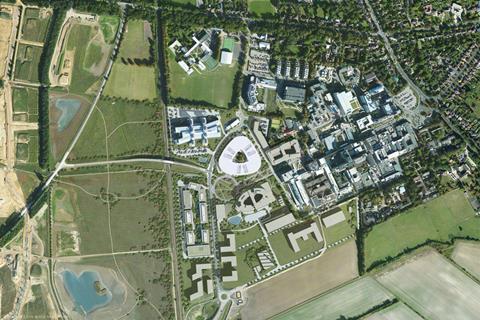 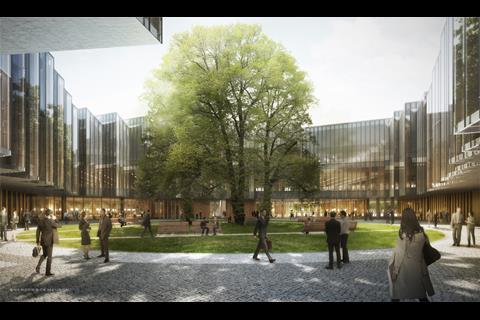 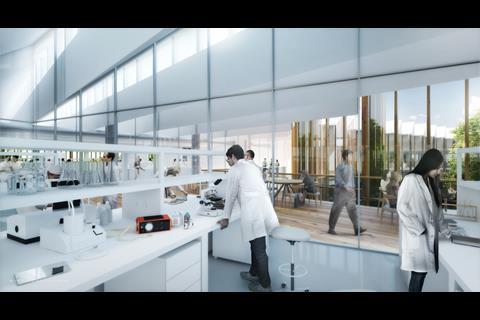 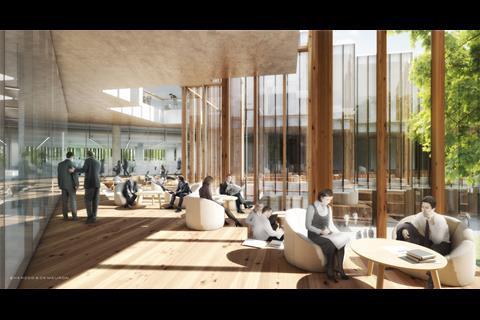 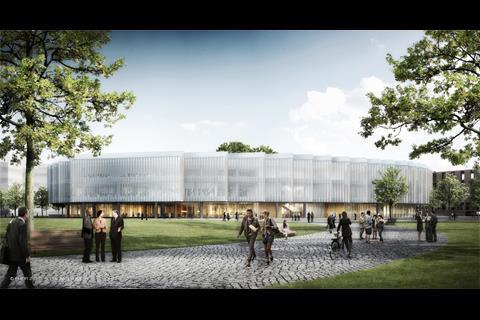 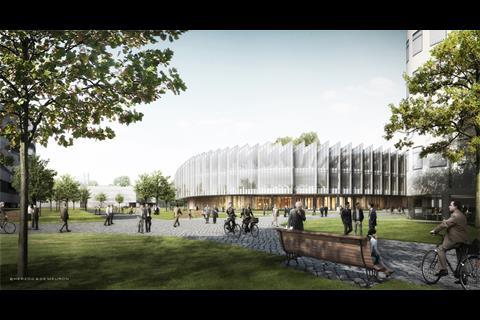 Herzog & de Meuron has unveiled its first concept images for a £330m headquarters for AstraZeneca in Cambridge.

AstraZeneca said it could start occupying the development, which will also contain the pharmaceutical giant’s global R&D centre, by the end of 2016.

The buildings, to be built on the Cambridge Biomedical Campus, would feature glass-walled laboratories and offices to signify a new spirit of transparency in a notoriously secretive world. The ground floor areas will be open to the public.

The design also takes inspiration from the city’s colleges, with its buildings arranged around a grass quad.

The site will feature a number of open spaces and thoroughfares to encourage collaboration within AstraZeneca and the wider campus.

It will also be aiming for a Breeam Excellent rating, through low-energy design, the largest ground-source heat pump in Europe and green roofs.

Stefan Marbach, senior partner at Herzog & de Meuron, said: “In designing the new building we made reference to the historical colleges in central Cambridge, which are typically low-rise buildings enclosing a central courtyard.

“The building’s proportions draw on this, as well as the open public access to the courtyard. The whole structure is connected in a single loop, providing short connections within the building and modern, innovative workspaces that support collaborative working.

“The ‘saw-tooth’ roof, which carries on through to the facade, aims to unify the appearance of the building and give it a distinctive character.”