Balls: Labour will continue to spend on schools 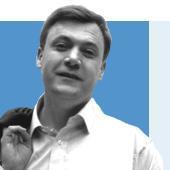 The Labour party has committed itself to maintaining spending on the UK’s schools building programme.

Speaking to the party conference yesterday, Ed Balls, the secretary of state for children, schools and families, compared his party’s policies with those of the Conservatives. He said: “We will not deny school leavers the college and apprenticeship places they need, or cut our school building programme to pay for an unfair and unfunded free market education experiment.”

Balls also defended the record of the diplomas initiative, including construction diplomas which, he claimed, the Tory party would downgrade.

“When he [Michael Gove, shadow schools secretary] said we should exclude all vocational qualifications and diplomas from league table comparisons of school performance, you start to get the real measure of his plans.

“Time after time I’ve visited schools where heads have proudly shown me design or construction, sport or dance lessons and told me those subjects have inspired young people to get good grades, including in maths and English.”