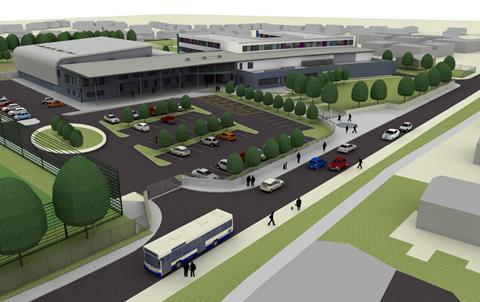 BAM Construction has won the contract to build a new 650-pupil school in West Dumbartonshire, Scotland.

The firm said it expected to start on site for the £15.5m Dumbarton Academy in June this year.

The school, by Keppie Design, has three teaching wings with rooms designed to maximise natural light and ventilation. The majority of rooms will have views over the playing fields or into landscaped courtyards.

Ken Irving, BAM Construction’s regional director, said the firm had already successfully delivered four new schools in the area and was delighted to be continuing its relationship with West Dunbartonshire Council.

“This was a very sought after contract with more than 20 developers or builders originally applying to submit tenders so we are pleased to have been successful in winning our bid to build this prestigious building,” he said.

South of the border, it has recently won a string of academy work from English local authorities.