Bam is set to start work this summer on a £90m mixed-use scheme in north London aimed at tech and life sciences firms, Building understands.

Called the St Pancras Commercial Centre, the new complex will be built in Camden and will involve replacing light industrial units with a seven-storey office and two separate residential blocks of five and six storeys providing 32 homes. 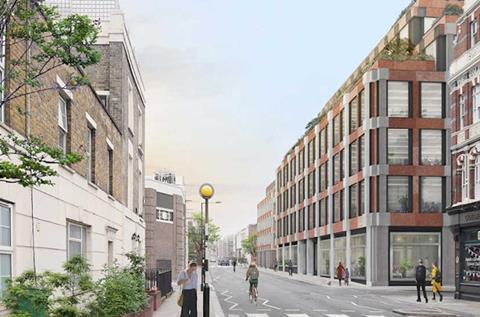 The scheme has been designed by Caruso St John

Demolition firm John F Hunt has begun tearing down the units at the site at Pratt Street ahead of Bam moving on there in a few months’ time.

Designed by Caruso St John, the scheme is being developed by W Real Estate with nearly half of the 260,000 sq ft of space being taken up by the office block.

The scheme was given planning by Camden planners back in autumn 2019.