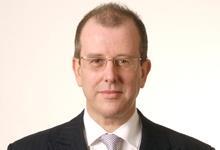 Taylor Wimpey’s banks are demanding a quick sale of its Taylor Woodrow construction arm after it failed to secure a £500m rescue package this week.

The news came as it emerged that a single investor had backed out of the equity raising effort hours before the company was to tell the stock exchange whether it had succeeded.

The company also announced the departure of finance director Peter Johnson and confirmed that it would close 13 of its 39 regional offices as a result of what it called a “significant deterioration” in the market. It announced land writedowns of 11% (£550m). A total of 900 jobs are to go as a result.

A source close to Taylor Wimpey said: “What the banks want is fresh cash, either through a sale of Taywood or the raising of equity, but preferably both. And preferably soon.”

Taylor Wimpey has debts of £1.9bn and it is feared it may breach banking covenants unless it acts soon.

But another warned: “You can’t put a price on Taylor Woodrow at the moment because the company would effectively be selling it with a gun to its head.”

The company, which has a building and facilities management operation that includes PFI work, is forecast to make an operating profit of £9m on £600m turnover in 2008.

One source said Costain had run the rule over Taylor Woodrow in the past and could be a buyer. Andrew Wyllie, Costain’s chief executive, and Tony Bickerstaff, its finance director, worked in the same roles at Taylor Woodrow until April 2005.

Madani Sow, Bouygues UK’s new chairman, said the company had looked at Taylor Woodrow in the past but decided not to buy.

Another possible buyer is Balfour Beatty, which has spent £320m on acquisitions this year. An analyst said: “It has a record of buying good contractors cheaply from cash-poor housebuilders. Look at Centex in the US, which Balfour bought for £184m in 2007.”

Meanwhile it has emerged that Barratt’s banks are increasing pressure on the housebuilder for a speedy disposal of its Wilson Bowden Developments commercial property arm once the results of its land writedown are known.

Next week it is due to announce a relaxation of its banking covenants and £400m of fresh debt to finance the £2.2bn purchase of Wilson Bowden. The source said the deal was “still on track” despite “increased nervousness” among the banks after the Taylor Wimpey announcement.

It is understood a deal on Wilson Bowden Developments is being lined up for the end of September.

Meanwhile, in a further blow to the sector, urban residential developer City Lofts was forced to place 250 unsold apartments into receivership this week.

One analyst said the move was bad for smaller firms because banks did not have to consider the effect of pulling the plug on their own mortgage books.

Elsewhere, research from the RICS showed construction workloads in private housing were falling at their fastest pace since 1995 and data from the Construction Products Association showed falls in product sales in the second quarter of this year.

For more on Barratt’s problems go to www.building.co.uk/archive