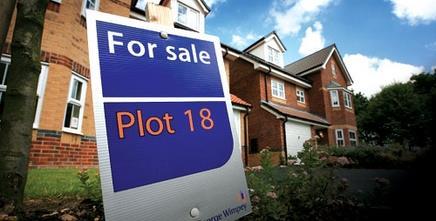 Sources close to the crisis talks between Taylor Wimpey and its lenders have said a split has emerged between the company’s banks about the terms of a rescue deal.

The company is locked in talks with lenders about its £1.9bn debt and needs to reach an agreement to avoid breaching banking covenants and going into administration.

It is understood that some of its banks are demanding an equity guarantee such as warrants in exchange for any deal. Warrants entitle holders to buy shares at a future date at a specified price.

The company has said the number of banks involved in talks runs into double figures. They include Lloyds TSB, Barclays, HSBC and Royal Bank of Scotland.

The source said not all banks were in agreement: “A small and vocal minority are leading the charge to get an equity stake. TW looks to be relenting although nothing has been agreed yet. The debate is vigorous and intense.”

It is understood that if a deal is reached and the banks receive an equity guarantee, the main obstacle to agreeing an overall refinancing package would be over rewards to sweeten the deal for bond and private placement holders.

The source confirmed that an emergency deal would be struck between the housebuilder and its lenders to prevent the company from breaching lending agreements at the start of its financial year on 1 January.

TW’s share price has plunged by two-thirds to 5p in the past three weeks amid fears a breach would lead lenders to pull the plug.

The source said: “The equity value of the company is already at rock bottom. Come January the banks will grind on with the due diligence to establish a final debt solution similar to the deal struck with Barratt in July.”

The source played down suggestions that a solution would involve private equity investors buying into the business.

He said: “An all-creditor solution is still the most likely outcome. The private equity stories are more noise than substance and no talks have taken place. It would just add another layer of complexity that neither TW nor the lenders want.”

Taylor Wimpey has debt of £1.9bn which is divided between its banks (£1.1bn), private placement holders (£380m) and bondholders (£443m). Such high debt in a falling housing market means it needs to find a permanent refinancing solution to survive.