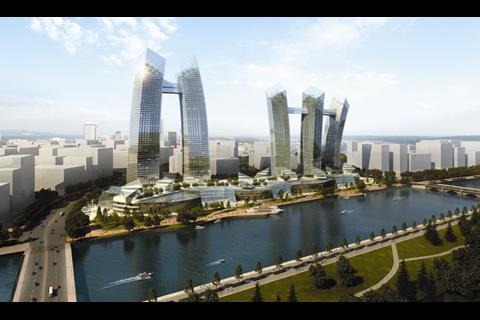 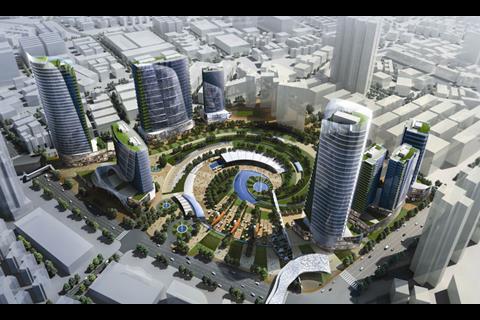 UK consultants including engineer Arup, architect Benoy and masterplanner David Lock Associates have all picked up new work in China as part of prime minister David Cameron’s trade mission to the country.

Benoy, which also picked up three contracts on the government trade mission to India over the summer, will sign £4m of work, including to design a 700,000sq m mixed used development in the heart of Beijing’s business district for Maxon Group. This will include two super-high rise towers, two serviced towers and a luxury hotel with an investment value of £930m.

It is also to sign a contract to design the major 500,000m² Raffles City, Shenzhen for CapitaLand, in  Shenzhen’s commercial Nanshan district. Comprising an office tower, retail mall, hotel and high-end residential development, it will have an investment value in the region of £560m.

Chairman of Benoy, Graham Cartledge CBE, said: “It is a privilege to be able to contribute to the evolution of the contemporary Chinese city and use our global expertise to design and deliver commercially-successful developments for our visionary clients.”

Masterplanner David Lock Associates has been appointed by Wuhan Planning Bureau to prepare urban design strategies and design codes for an area of 740 hectares in Central Wuhan following the delivery of a conceptual master plan for the Wuhan East Lake Innovation Model Zone. Wuhan, alongside Chongqing and Changsha, has been identified as a pilot city for the UK and China ’Sustainable Cities Initiative.’

In addition Engineer Arup is also set to announce the winning of a job to study greenhouse gas emissions of the country’s capital, Beijing.

Business Secretary Vince Cable said the consultants’ expanding presence in china was “testament to the strong economic relationship between China and the UK, and to the benefits that trade and overseas investment can bring to UK companies.”

He said: “I am pleased to see more and more companies capitalising on the opportunities offered by China’s development. I hope that this week’s visit will serve to open doors for more UK firms.”