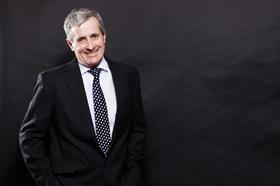 The Berkeley Group’s managing director has defended the firm’s bonus structure under which six directors are set to share a multimillion-pound windfall worth almost £290m at current share prices.

Speaking exclusively to Building, Rob Perrins, who at current prices would receive a £74m share of the bonus pot, said the long-term incentive plan was justified as it would only be paid out in the event of exceptional performance over a 10-year period.

Award of the shares to the directors, who include Berkeley founder Tony Pidgley, are conditional upon the company returning £1.7bn in cash to shareholders - equivalent to £13 per share, by 30 September 2021.

Perrins described the calculation of the bonus, based on the share price as Building went to press of over £14.70p, as a “fantasy number.” He said any calculation should take into account the fact that £13 per share would be given back to shareholders before the bonus was paid.

“For that number to be achieved, we’ll have to be one of the top performing companies in the country.

“Quite rightly we must get out of pay for non-performance. I [will] only get that [bonus] if Berkeley has a sustainable business going forward.”

Speaking in the week of the launch of the government’s housing strategy, Perrins also hit out at the coalition’s decision to implement the Community Infrastructure Levy (CIL) planning tariff. He said: “The biggest issue for us at the moment is the CIL. It’s making everyone just so uncertain. The government should suspend the implementation for five years until growth has got going.”