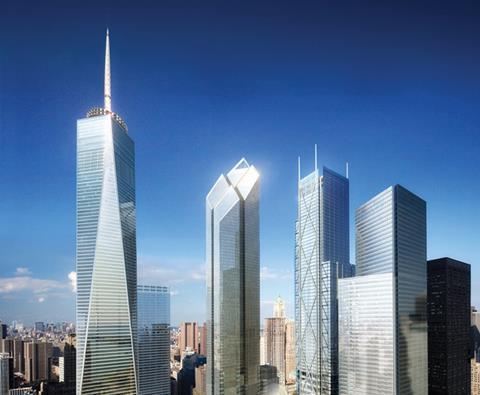 Foster & Partners could be replaced by Bjarke Ingels as designer of the World Trade Center 2 tower in New York.

The Danish architect is being tipped to take over the project if 21st Century Fox and News Corp move in to the unbuilt skyscraper.

A report in the Wall Street Journal, which is owned by News Corp, said the firms were in talks with Silverstein Properties about redesigning the building to incorporate studios.

“The media companies and developer Larry Silverstein have brought in avant-garde Danish architect Bjarke Ingels to redesign 2 World Trade Center in the event of a move,” it said.

WTC2 is the final tower currently planned to be built Ground Zero and would have been the second tallest.

Enabling works for the 79-storey tower designed by Foster & Partners began in 2008 but ground to a halt when the recession kicked in and a row broke out about reducing its height to just four storeys to reflect the slump in demand for offices space.

Foster’s design was one of the most distinctive of the new WTC towers, capped by four diamonds sloping towards the Ground Zero memorial, a reference to Daniel Libeskind’s original “wedge of light” concept.

Twenty First Century Fox said it was too early to comment and that nothing had been confirmed.