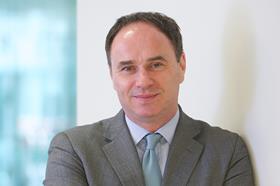 The long-time boss of Morgan Sindall’s £400m fit-out division, Steve Elliott, has stepped down from the organisation, Building can reveal.

Elliott (pictured), who was managing director of one of the firm’s fit-out businesses, Overbury, from 1996 before being appointed to the same role for the group’s overall fit-out division in 1998, left the business earlier this month.

His departure comes as it also emerged that Tim Smith, long-standing commercial director of the same division, which includes the Overbury and Morgan Lovell businesses, has announced his intention to retire at the end of the year.

Steve Elliott, who was recruited to Overbury in 1989 is seen as the principal architect of the success of the fit-out business, in particular Overbury, over the last decade. He was the driving force behind the group’s “Perfect Delivery” ethos, which measures the performance of group companies according to their ability to complete projects on time, on budget and without defects.

A source close to the company said Elliott decided to leave of his own accord in order to “take a break from work for a year or so” and did not have another job to go to. There is no suggestion Elliott has been made redundant or asked to leave.

Morgan Sindall’s fit-out division posted an operating profit of £11.3m in the calendar year 2012 on revenue of £427m, showing a slight reduction in profit margin to 2.6%.

Staff were told of Elliott’s departure by email earlier this month. In the email, chief executive John Morgan thanked Elliott “for his friendship, great contribution, dedication and passion.”

He added: “‘Perfect Delivery’ is just one of Steve’s many innovations that helped get the division to its market-leading position today. He leaves a prospering business with a strong leadership team.”