Steve Elliott took Morgan Sindall’s fit-out business to an industry-leading position. After taking a year out he’s ‘got the band back together’ at BW Interiors and is thinking big again 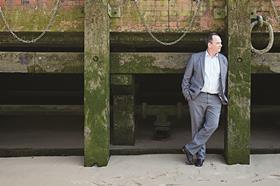 Steve Elliott is a man with a spring in his step. Eight months into his job at SME fit-out firm BW Interiors (BWI), the man who transformed Overbury during 24 years at Morgan Sindall is again having a good time. And it’s not just that his beloved Chelsea are Premier League champions once again. The reason for his excitement is that after leaving Morgan Sindall, where he turned fit-out business Overbury from an £80m business into the market leader and ended up running the firm’s entire £500m fit-out business, he’s now getting the chance to do it all over again.

Following a year out of the market after stepping down from Morgan Sindall, the owners of BWI lured Elliott back into the fray with a brief to grow the business. “I’m waking up at 5 o’clock - it sounds pathetic - itching to get in the office,” he says. “It’s great to get in, it’s a real excitement and we’re all enjoying it. It puts a smile on your face.”

After enticing a few of his former Overbury collaborators - including sales and marketing director Anthony Brown and former Morgan Sindall Fit Out finance director Paul Newton - he now has a plan to turn the firm, which had revenue of just £67m in 2013, into a £200m turnover business within five years. This would allow it to compete at the top table of the fit-out market alongside the likes of former firm Overbury and ISG.

But Elliott’s ambition doesn’t stop there. The fifty-five year-old is widely seen as the man behind Overbury’s “Perfect Delivery” ethos, which was a big part of its growth, and he wants the same kind of transformationat BWI. More than just growing, he says he won’t be satisfied until he’s created the “world’s leading interiors company”.

Meeting Building in the five-star environment of the newly refurbished Mondrian hotel on London’s South Bank, he is keen to tell us how he plans to do it.

A dog with a bone

In person Elliott is energetic and good fun, seemingly always ready to attempt a quip despite the fact the profile of him on BWI’s website notes he’s the kind of person that “never gets jokes to work”. One former colleague says it is his determination to pursue ideas that marks him out. “He’s like a dog with a bone when he wants something to happen,” the former colleague says. Certainly he seems to be getting his teeth into his new job, competing with Anthony Brown to see who can be earliest in the office (he loses, he says - Brown makes it in before seven).

Certainly this current enthusiasm seems a pretty far cry from his last few years at Morgan Sindall, where Overbury was hit hard by the falling construction market during the recession. While all firms were hit by the prolonged downturn, it’s clear it wasn’t only the difficult trading conditions that led to Elliot’s disenchantment. While he refuses to directly criticise how the business was run at the time, the demands of operating within the framework of a bigger listed business were starting to grate. “Frustration is probably too strong a word. I think the business [Morgan Sindall Fit Out] missed an opportunity to take the next step up. The product was great, but the experience was lacking.”

“I got to the point where it wasn’t fun anymore; I wasn’t waking up and enjoying myself. There was no desire to drive it internationally. We were doing about £500m and we’d taken the company to where it could go. I could have stayed there for the rest of my career - but I think I would have always wondered what it would have been like to start again.”

Elliott’s 2013 departure was big news at the time, even when coming within a 18-month period which saw a raft of senior management changes at the £2bn-turnover construction group. With Elliott’s reputation, it’s no surprise that Morgan Sindall chief executive John Morgan was reluctant to see one of his most trusted lieutenants depart, and Elliott retains affection for both Morgan and the business - his resignation wasn’t an easy matter. “We had a little bit of pushing an envelope back and forth across a desk. John’s been a great inspiration over the years, he’s always treated me absolutely brilliantly, and he’s a man of his word. It was a sad day.”

At this point, Elliott says, he didn’t have a job to go to, and was genuinely looking to spend more time with his family to reassess his next move. BWI contacted him just as - in his words - his six year-old daughter’s “homework got a bit tricky” and he decided it was time to make a return. 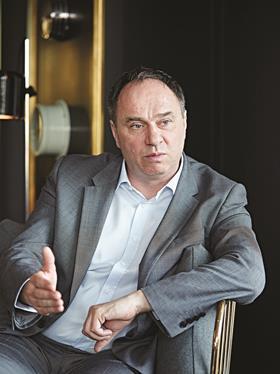 So why BWI? “The existing team have done an amazing job growing the business through the depression from £30m in 2011 to about £80m today. BWI’s work is absolutely fantastic, but it’s a bit of an unsung success.

“I’d done a similar role in my old organisation of growing a small business and I guess we’re trying to replicate that but in the BWI way. It’s roughly the same turnover, the same market, with the same appetite for growth [as Overbury].”

The firm’s growth to date has been reliant on a number of core customers, mostly property consultancies, in the London market primarily, undertaking jobs up to £20m in size. Elliott says a core focus now will be to widen the customer base to the big City and West End occupiers such as iconic retailers and financial institutions. The growth opportunity, he says, in a rising market, is to be another option for customers who are “crying out for” real choice beyond ISG and Overbury.

Elliott says with this opportunity BWI owners Mark Richards and Craig Foster “realised about a year ago that the business was outgrowing them. They said to me that they’d hand over the keys and just pop in once a month, and they’ve been true to their word.”

Richards and Foster remain majority owners of the business, with Elliott taking an undisclosed minority stake. He says there are no plans at this point to float the business - though he rules nothing out in the future. His brief is just to grow it.

After joining, Elliott’s first move was to “get the band back together” by bringing in key collaborators such as Brown - who had already defected from Morgan Sindall to ISG - and Newton. “When BWI’s finance director resigned over personal issues shortly before I started, I approached Paul Newton and I told him what I was going to do. He asked me why and I said it’d be really fun to do it all again. His words to me were ‘count me in’.”

While Elliott denies he is setting out to create the “next Overbury”, he admits the overall vision is broadly the same: a high spec fit-out firm able to work for big corporate occupiers, with a reliably high quality of delivery. As the business grows, he wants to expand it further outside London with new offices, and in the long term it may even grow internationally, although “world domination” - as he puts it - is not part of the current five-year plan.

The ‘Apple of the industry’

Where he says the approach will differ from Overbury is by taking customer service to the next level. Where Overbury had “Perfect Delivery”, BWI is introducing a concept called Defect Free at Practical Completion -or DF at PC. This has two elements: reassuring the client that the job will be finished completely to a very high standard; and making sure the experience of the client all the way through is as good as it possibly can be.

“The question is how do you design a customer service that is legendary,” he says. “You have to be very consistent with what you do. You have to be almost obsessive about standards or it doesn’t work.”

To this end he is using the Net Promoter Score metric taken up by a number of blue chip companies - where customers are essentially asked whether they would recommend the business to a friend - in order to chart BWI’s progress. The firm currently scores +47% - very high for a business to business company - but not putting it in the same bracket as the likes of Apple or Disney. Rather than benchmark BWI against other contractors, Elliott says he wants more stretching benchmarks, comparing BWI against truly world class companies, to make the firm “the Apple of the industry”.

“The legacy for me would be to be the world’s leading interiors company. When we started the journey around defect free, we talked about having books written about it, that other industries would look at and admire what we’re doing. It’s about how do you change an industry.”

He admits that “we’re quite a way off,” and says hiring quality people will be the biggest limitation to meetings its ambition in the current “white hot” market. “If we can’t get the right staff, we won’t grow,” he says.
The strength of the market means he is not focusing on beating Overbury or ISG - there is, he says, plenty of room for all three firms. “We want them to do well. Because if they do well there’s enough room for everyone. We want to grow from 4% to 10% of the market - well, that’s very doable without taking chunks out of the neighbours.”

While BWI has already grown sharply in recent years - it is set to turn over more than £100m in the current financial year (to September) - the kind of growth Elliott is forecasting is not easy to achieve, however quickly the wider market is growing.

On enthusiasm and energy alone you wouldn’t bet against Steve Elliott to grow a £200m fit-out business. But coupled with his experience in growing Overbury into a market leader, Elliott’s new venture may be one that is causing a little nervousness over at ISG and Morgan Sindall.