Bouygues walks away from one contract but starts another 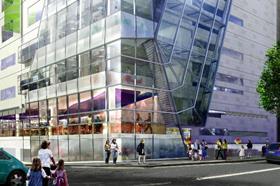 The French contractor was appointed as preferred bidder last year as part of a two stage tender process and worked through a preconstruction services agreement with the hospital.

However, in a joint statement, client and contractor said that it had been “mutually agreed not to move forward to full contract”.

Bouygues saw off Skanska to win the project, designed by Llewelyn Davies, which was to accommodate clinical wards, a floor devoted to operating theatres and recovery areas and a ground floor occupied by radiology and nuclear medicine departments. It is part of a wider £320m development programme at the renowned children’s hospital.

The statement added that the centre’s project team were already in the process of finding an alternative contractor.

Meanwhile Bouygues is to begin building a new “student village” for the University of Gloucestershire after a £40m government guarantee.

The 577-room accommodation is being delivered by Uliving – a partnership between Bouygues Development and Derwent Living – and will also see the refurbishment of an existing 214 rooms, the media centre, including a gym, dining hall, student’s union office and over 1,000 sqm of office space.

The work is expected to complete in time for undergraduates for the 2017/18 academic year.

Chancellor George Osborne said this initial deal after the extension of the UK guarantees scheme to March 2021 to kickstart such projects would deliver students “the first-class facilities they deserve”.

Nicolas Guérin, director at Uliving, said: “The financial model for the new student village in Cheltenham is an innovative funding solution, which was backed by the government.

“Now we’re able to start the delivery of this scheme which will upgrade the university’s existing student facilities and, we hope, attract more students and investment to Gloucestershire.”

Stephen Marston, Vice Chancellor of the University of Gloucestershire, said he was delighted that the development could now move ahead after achieving “financial close” on the scheme.