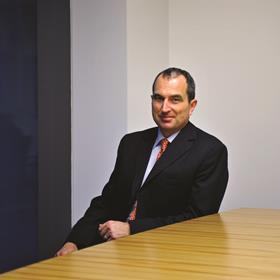 Developer British Land has announced progress on two key development sites in east London, including on its plans for a 1.8m sq ft mixed use scheme at Harmondsworth Quays in Canada Water.

British Land said it had secured permission from Southwark council for the Daily Mail newspaper, which currently occupies the 14.6 acre site, to assign its leasehold interest to British Land.

British Land said the decision was a “key milestone” for a development, and would allow the firm to begin working up detailed proposals for a masterplan for the area with Southwark council.

The developer has previously stated that it would aim to build homes at a density of 1,700 per acre on the site, and would be looking to construct up to 150,000 sq ft of office space and 75,000 sq ft of retail space. It is also considering a proposal from Kings College London to locate a new campus on the site.

In addition British Land said it had bought out Tesco’s 50% stake in its nearby Surrey Quays shopping centre, which would allow it to progress a £38m upgrade of the centre including a 100,000 sq ft extension and refurbishment of existing facilities.

The acquisition follows the firm’s £493 million share placing designed to give it additional capacity to progress “an increased flow” of development opportunities.

Nigel Webb, head of development for British Land, said: “We are delighted that the London Borough of Southwark has agreed the assignment for Harmsworth Quays. We can now begin the process of working with the local community, the London Borough of Southwark and other key stakeholders to bring forward a new, mixed use development in the heart of Canada Water.

“We believe the Harmsworth Quays site is a fantastic opportunity to deliver the ambition of the Canada Water masterplan.”

Cllr Fiona Colley, cabinet member for regeneration at Southwark Council, said: “In addition to new homes, the redevelopment of Harmsworth Quays has the potential to deliver the town centre and jobs that Rotherhithe really needs. I’m delighted that British Land have also agreed to work with the Council to explore whether we can build a new campus for Kings College London on the site, which is something I know would be welcomed locally.”

Chris Grigg, chief executive of British Land, said: “British Land’s scale, access to finance, extensive relationships and expertise in planning, asset management and deal execution put us in a strong position to continue to source attractive acquisitions and to deliver superior total returns for our shareholders.”