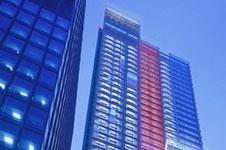 Commercial developer British Land is talking to contractors about restarting the 736 ft Rogers Stirk and Harbour-designed 'Cheesegrater' tower on Leadenhall in the City of London.

The firm has also committed to spend £500m to start three developments in central London this year, it said as it reported final results today.

The firm said: “The economics of development have become more favourable, particularly in Central London offices. We are considering restarting the development of our 610,000 sq ft Leadenhall building in the City and are exploring interest from potential partners.”

The firm said demolition and preliminary work on the 47-storey Cheesegrater had been completed.

British Land said it had now committed to spend:

It said these three developments would be completed during 2013-4, to coincide with the peak moment of office occupiers hitting break clauses in existing tenancies.

It also said it was considering starting four retail schemes in the north and Scotland that already have planning permission, and its BFLS-designed Colmore Row scheme in the centre of Birmingham.

Chris Gibson-Smith, Chairman said: "We are well positioned as we emerge from the challenges of the last year and look forward to the opportunities that lie ahead."