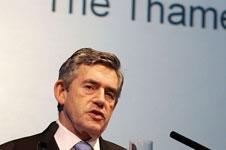 The prime minister has announced the creation of a body to improve the way risk is managed by the government.

The Risk and Regulation Advisory Council (RRAC) will be an independent body chaired by Rick Haythornthwaite, partner at investment fund managing firm Star Capital Partners. He will be joined by six unpaid members, including Sarah Veale from the Trades Union Congress and Philip Cullum from the National Consumer Council.

The RRAC will report to the prime minister as a pan-governmental body and oversee the public, voluntary and business sectors.

The council’s programme will be led through workshops on specific policy-issues. At the moment subjects such as regional regeneration failures or good practice are being considered.

Prime minister Gordon Brown said: “The issue of public risk is one of the most challenging areas of policy-making for any government. I have asked the Risk and Regulation Advisory Council to provide a catalyst for the change we need in the way policy is developed across all departments. I am pleased to offer my support to the council as they embark on their work to improve public policy making.”