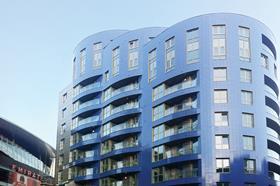 Barratt and Redrow hailed the strong recovery in the housing market as they published bumper results this week, continuing the upward trend for housebuilders.

The strong performance of Barratt and Redrow follows similarly bumper results for Bovis Homes, Persimmon and Taylor Wimpey this month.

Underpinning the sense of robust growth, Barratt also announced it had created more than 3,000 new jobs at its sites in the past year as it increases the production of new homes to meet demand and that it would also expand its recruitment programme over the next three years for graduates, apprentices and trainees to 1,100.

This is in addition to the total of 600 being recruited over this year and last.

The step up in employment follows an increase in the number of National House Building Council (NHBC) housing starts for Barratt in 2013 of 37% over the previous year, to around 16,000. This compares with housing starts of just 8,400 in 2009 at the depths of the recession.

Tutte will take up the role at the end of June.

Steve Morgan, chairman of Redrow, said: “We expect the housing market to remain robust and for consumer confidence to improve in line with the economy.

“We have a strong pipeline of new sites in planning and we believe the government is committed to continuing to speed up the process of obtaining implementable planning permissions.

“We therefore remain confident that this will be another year of significant progress for Redrow.”

Meanwhile, the latest figures from the Department for Communities and Local Government (DCLG) this week showed that completed house sales in England through the government’s Help to Buy mortgage guarantee scheme had jumped from 2,133 in November to 3,410 in December.

That brought the total to 14,823 since the loans were first offered last April. Most of the loans – 89% – have gone to first-time buyers.