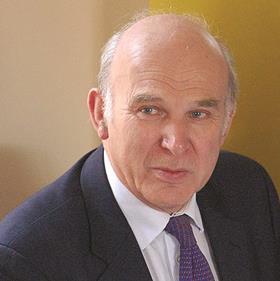 Business secretary Vince Cable is seeking assurances that new allegations of blacklisting will be “investigated thoroughly”.

Following last week’s parliamentary debate, which approved a motion put forward on blacklisting by Labour counterpart Chuka Umunna, Cable condemned the practice but said there would be no major new investigation unless evidence is produced that the practice is ongoing.

However, the business secretary yesterday wrote to Information Commissioner Christopher Graham seeking a meeting on how any new evidence will be dealt with and how this will be co-ordinated with the ongoing inquiry by the Scottish Affairs select committee.

In the letter, seen by Building, Cable wrote: “Given your responsibilities as Information Commissioner, I would like to meet with you to discuss how best to handle any evidence of any ongoing blacklisting that might emerge, drawing on your experience of the original investigation into The Consulting Association.

“But a common theme of the accusations was the misuse of personal information, and I would welcome your view on how these matters might best be taken forward, and how best to ensure that any investigations by different authorities are best coordinated.

“It is important that we are able to give confidence that such new evidence will be investigated thoroughly.”

He said: “We will work alongside ministers to ensure blacklisting allegations are fully investigated and to examine what changes are needed to strengthen the law against blacklisting so that this scandal is never repeated again.