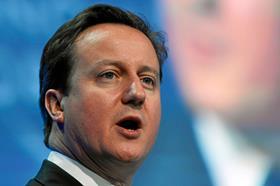 A briefing for ministers, prepared by officials in the Department for Communities and Local Government (DCLG), predicts the proposed changes to Part L of the Building Regulations could have led to 2.2 million households taking up the Green Deal.

The briefing said the move would “greatly boost demand for home energy efficiency measures at a time of concerns that low demand for the Green Deal is the biggest risk to its launch, take up and viability”.

The news emerged this week as the construction industry united in a call for the government to focus on boosting the Green Deal in a bid to drive economic growth. This comes amid concerns that the scheme’s “soft launch” and delays to its full implementation could lead to job losses across the industry.

The proposed changes to the Building Regulations - known as consequential improvements - would have introduced a requirement on home owners to make improvements to the energy efficiency of their homes when carrying out extensions. 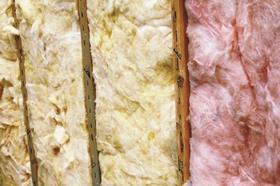 The government consulted on the changes earlier this year, before the plans hit the headlines in April, when the national media dubbed them a “conservatory tax”. Under pressure to ditch the proposal, Number 10 said it would no longer go ahead.

However, the briefing by DCLG officials in May, after the prime minister’s intervention, recommended the proposal be kept. It said the results of the consultation, yet to be published by the government, showed 82% of respondents were in favour, while 63 to 76% of homeowners said the proposal was either “reasonable or very reasonable”.

The briefing advised ministers that the press coverage of the proposal had been “misleading” and that reports that it was a tax on conservatories were “plainly wrong” as “86% of conservatories are under 30sqm and do not require building control approval”. “There is also no connection to planning approval and no compulsion to take-up the Green Deal as reported,” it added.

It said: “There has been considerable and misleading press coverage of the proposals. The prime minister is also concerned about their potential impact on industry and homeowners and, at present, is unwilling to proceed with them.”

David Strong, chair of the Energy Efficiency Partnership for Buildings, said it “beggars belief” that the government would not back the policy in the face of such overwhelming support from industry.

He said the government was afraid to introduce a policy it feared was a vote loser, even though it was clear that without it the Green Deal would lack a significant driver of take-up.

“Why does the government even bother to undertake consultations if it doesn’t publish the results and then buries the findings?” he asked.

Andrew Warren, director of the Association for the Conservation of Energy, said he wasn’t surprised by the consultation findings, as a YouGov opinion poll in May had revealed that respondents were nearly 2 to 1 in favour of extensions to homes triggering additional energy improvements.

He said majorities supproting the proposal could be found by gender, by age group, by social grade, by region and “significantly - by supporters of all three main political parties”.

John Tebbitt, deputy chief executive of the Construction Products Association, said the briefing made “ministers look rather silly” for ditching the proposal.

He added: “The delay in publishing these consultation responses is not good and if we find the reason for that is not because of resource limitation but is because some ministers felt it would embarrass them then that’s not acceptable.”

But former Liberal Democrat communities minister Andrew Stunell, who was responsible for the Building Regulations before losing his job in the government reshuffle last week, insisted the proposal was still being considered when he left office, despite the prime minister’s opposition.

He told Building if the government was to deliver on its pledge to be the “greenest government ever” it would need to tackle energy efficiency in buildings.

“There’s widespread recognition across government that this is a very cheap way of doing it and the strength of that recognition is better understood than it was six months ago,” he said.

A DCLG spokesperson said: “We are currently considering responses to the consultation and will announce the outcome in due course.”